So, while we wait for Netflix to release Virgin River season four, we’re anticipating a possible season five. Isn’t that what the people want? Here’s what we know so far, from release date to plot details and cast reactions.

Is Season 5 of Virgin River confirmed?

Sure has! Netflix confirmed a fourth and fifth season of Virgin River just two months after the third season was released in July 2021.

“With everything going on in the globe, people are increasingly yearning for, not only comfort but also hope and community,” said Jinny Howe, Netflix’s VP of original programs

What did the cast say about season five?

Star Alexandra Breckenridge (Mel Monroe) confirmed in early January 2022 that season five filming had been postponed. her Instagram stories “In March, we were meant to start filming, but… No idea. I am dunno.

“It’s freezing. And when you’re outside in sandals and a summer suit, it’s not wonderful!” 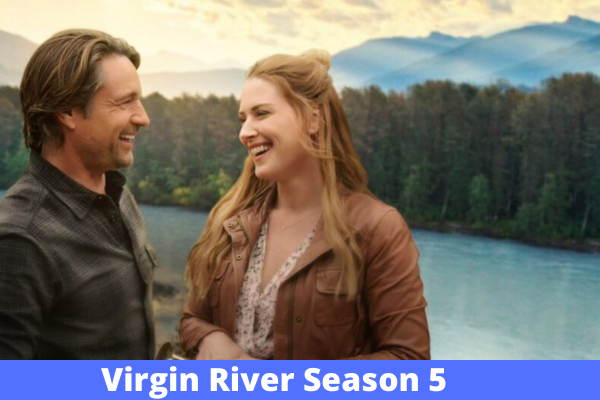 “I think it was more of a demonstration point that this is a pretty important area of programming for us.”

We can’t predict who will appear in season five because we don’t know what occurs in season four (could there be a surprise death?). It’s unclear if the core characters will be seen – Mel, Jack, John, Charmaine, Hope, Annette O’Toole, and Doc (Tim Matheson). Maybe there’ll be some new blood too?

What’s next for Virgin River?

Season four will reveal whether Jack or Mel’s late ex-husband Mark is the father of her child. Then there’s the tiny matter of Jack’s proposal.

After Preacher is poisoned by Paige’s old “friend”, Christopher becomes a target for her ex-husband Wes. Brady claims he’s being set up for shooting Brie’s brother, and Hope is in severe condition after a car accident. Basically, we need to resolve *every* character’s cliffhanger in season four before we can even consider season five.

Differences between the books and the TV show

When will Virgin River season 5 come out?

Alexandra Breckenridge confirmed filming will begin in spring/summer 2022, therefore nothing will be shown before 2023. Virgin River season four is expected to be released in the next six months, so there’s that!

Season 7 of The Expanse is confirmed on Amazon Prime!

How Much Do We Know About Shameless Season 12?

Previous articleSeason 7 of The Expanse confirmed on Amazon Prime!
Next articleFast & Furious 10: What We Know