Stalker 2: Heart of Chernobyl has been a long time in the making, but it’s finally here. In 2007, Stalker: Shadow of Chernobyl was released, and it was followed by Stalker: Clear Sky in 2008 and Stalker: Call of Pripyat in 2009. Stalker 2 is being made by the same Ukrainian developer, GSC Game World, and promises more mature FPS-survival games mixed with a little horror. It was supposed to come out in April this year, but it was recently pushed back to December 2022. While we wait for Stalker 2, read on to find out more about the game.

It was first shown off in 2010, but it went through a lot of trouble during development, which led to a 12-year production cycle. The first version of the game was actually scrapped in 2012. It was re-released in 2018 as the version we know today. You can preorder it now, and if you do, the following things are yours:

A special weapon skin A special armour skin called “Early bird” for multiplayer badge
There are also a lot of different ways to buy the game, like the Deluxe Edition, which comes with in-game cosmetics, and the Ultimate Edition, which includes the storey expansions and the season pass.

It’s been called “Stalker 2” for a long time, but the game’s developer, GSC Game World, has changed the name a little. During Microsoft’s E3 2021 show, they said that it’s now called Stalker 2: Heart of Chernobyl. Will send players back to the Chernobyl Exclusion Zone, where the only goal is to stay alive.

The Stalker series takes place in and around the Chernobyl Exclusion Zone. Each storey is about a different person who is trying to stay alive after the disaster. A lot of people and animals changed after the nuclear reactor accident. Also, artefacts that can give people special powers like stamina regeneration or radiation protection started to appear.

They are called stalkers because they go into the Zone only to look for these artefacts, which is why the show is called that. The more you play, the more you see them.

Stalker will send you back to the Zone again as you try to stay alive. There was a second explosion in 2006 at a nuclear reactor, and “the Exclusion Zone has changed a lot since then.” 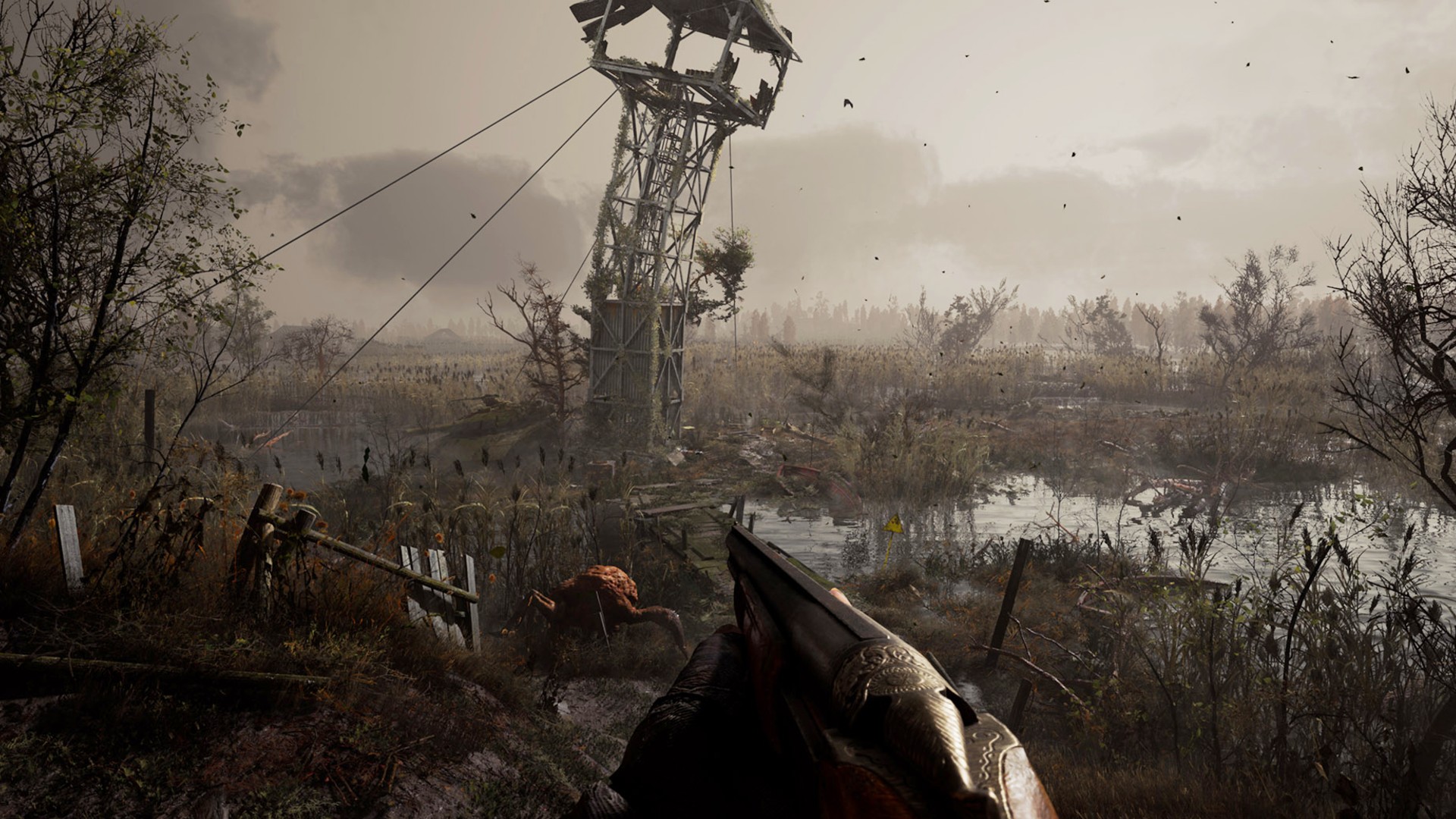 “Violent mutants, deadly anomalies, and warring groups have made the Zone a very hard place to live.” It turns out that the centre of the Zone hides a source of incredible power that could be a real threat to the people living there.

We’ve seen a few trailers for Stalker 2, but the most recent one was shown off at Microsoft’s E3 show. It was a long trailer that gave us our first look at gameplay and a lot of the characters and places in the game.

People at a campfire at the end of the E3 trailer will be your home when you’re not out in the world. In the action-packed parts, we can see how the main character Skif uses a weapon and its extra parts.

For example, Skif starts by firing an automatic weapon with its iron sights. Then, he picks up an optic with more precise crosshairs. Take note of how slowly Skif picks up and puts on the attachment. There, in battle, you can see how much better the weapon is.

The trailer has more action than fans might be used to, but that doesn’t mean there won’t be any survival parts. You’ll need to keep an eye on your radiation metre while you keep an eye on your stamina and hunger. Take a look at the game Fallout and mix it with the game Metro.

As for its size, it will be “one of the biggest ones yet.” This will allow you to fully explore its open world, as well. In the past, the stages were big, but they didn’t feel like they were in an open world. Instead, they were designed as separate stages that were connected to each other.

But above all, first-person shooting will be at the top of the list as you fight back against mutated enemies and other people.

This Is the Second Story in the Stalker 2 Game

For STALKER 2, the player will have a lot of control, not just in the short term but in the long run as well.

Discover the Chernobyl Exclusion Zone, which GSC Game World says is full of dangerous enemies and deadly anomalies. It also has powerful artefacts, which you can use. “As you make your way to the heart of Chernobyl, you’ll be able to tell your own epic storey. We need to pick our paths carefully, because they will determine our fates and how things will turn out for the Zone in the end.”

If this game is like the last one, there will be different endings depending on what you do during your play through. People who die might not have the best ending. Also, how much money you have in the game, or which factions you choose to join, can change how the game ends for you. Ultimately, this encourages people to play again because there are so many different ways things could go.

In previous instalments, the only thing that stayed the same even though there were different endings was the growth of the Zone.

This time, the Zone will always be there.

Even though the game’s developer, GSC Game World, hasn’t said much about the storey of Stalker 2, we’ll likely learn more about it as the game nears its release in 2022.

Stalker 2 Will Not Be on the Ps5 at All

The release of Stalker 2 is a big deal for a lot of reasons. This is also the first time the series has been shown on consoles, which means that it has been a long time in the making. It’s coming to Xbox Series X and S, as well as to PCs and Macs as well.

It will make the best use of the new hardware, with ray tracing and beautiful graphics at the top of the list. A lot of people are excited about Stalker 2 because of the new power that Microsoft has. Stalker 2 is also coming to Xbox Game Pass on day one, so more people will be able to play it when it comes out.

Previous articleWhat’s New in All Rise Season 3? Is Season 3 of “all Rise” on Own?
Next articleEverything You Need to Know About the Second Season of Ginny and Georgia Is Here.