The ‘Are You The One?’ hopefuls are linked together using a matching algorithm. It’s kept a secret, so the applicants have to figure out their compatibility based on their interactions and dates.

It is, however, worth noting that even if they successfully estimate, each wrong guess reduces their prize money by up to $1 million. It’s always interesting to see what happens to reality stars once the cameras stop rolling, so we decided to dig a little further and see where the Season 4 cast is now.

Cameron and Mikala felt instantly that they had found each other’s soul mates when they first met. Reports say they were the show’s first-confirmed pairing, but they enjoyed a terrific season together.

After the filming was completed, the two moved in together to see if they could make it work as a couple. After appearing on ‘Are You The One: Second Chances,’ it appeared the couple had broken up by early 2017, despite their decision to participate.

Cameron appears to be having a good time while on the road and experiencing life to the fullest. Mikala, on the other hand, is a social media influencer who delights in sharing intimate details of her private life with her fans. 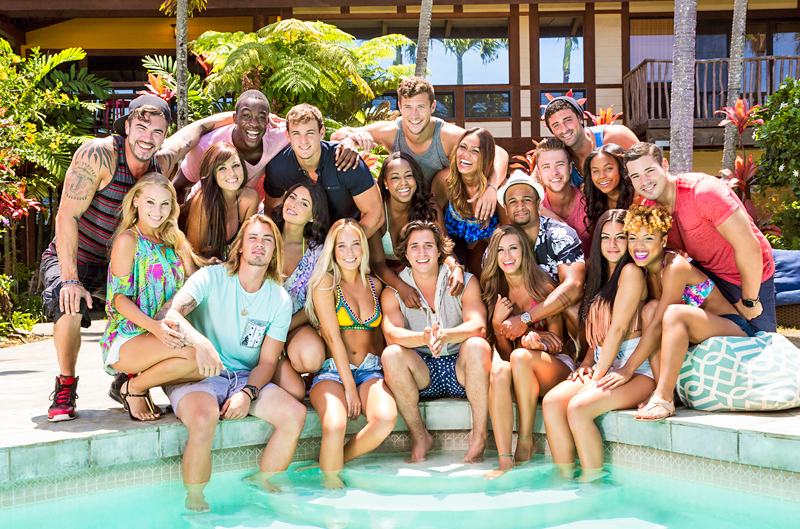 Sam and Alyssa’s relationship blossomed after the fourth season. Even though they were frequently seen together and seemed like a nice match, their relationship wasn’t put to the test until week six.

That they were meant to be was proven in the sixth week of the competition when they realized that their compatibility had been certified by their mutual friends.

Even after moving into the honeymoon room, things continued to fall apart between them. They concluded that they were not meant to be together after spending time together.

Salvi Media is where Alyssa currently works as a producer. In the fall of 2021, Kevin Melaniphy, whom she is said to be dating, moved to Los Angeles.

Rumors of a relationship between Prosper and Emma began when they appeared to have chemistry. Despite this, their relationship seemed to falter as soon as they entered the honeymoon room and proved they were the perfect match.

Afterward, he indicated that they didn’t get along and quickly realized that it wasn’t meant to be. Prosper Emma Miller is now her Instagram handle, and she owns her own cosmetics business. In June of 2021, Emma married Mitchell Miller, and the two of them appear to be enjoying the next phase of their relationship.

Cam and Julia never went into the Truth Booth more than once with the same person. They’ve finally found the perfect match in week nine of The Truth Booth.

Because neither participant showed much interest in the other, they chose to focus their attention on other people instead. It came as no surprise that, even after learning of Cam and Julia’s union, they chose not to pursue a romantic relationship.

Now that Prosper’s career has taken off, he’s a household name. It’s worth noting that he’s married and has three adorable children.

Despite this, Sam prefers to have a modest profile on social media. With no new information about his whereabouts, it leaves us in a state of uncertainty.

At the moment, Cam seemed to prefer a solitary existence. His marriage to ‘Are You The One?’ season 5 contestant Carolina Duarte can, however, be confirmed. The couple is overjoyed to have met one other and started a family together.

Even if they didn’t wind up being a great fit, other cast members Tori Deal and Morgan St. Pierre appeared to have a bright future ahead of them.

After the filming of the movie, reports stated that Tori dated other people. Despite the fact that they reconnected on ‘Are You the One: Second Chances,’ their romance waned.

Since then, Morgan has launched a clothes and jewelry brand of his own as a solo artist. Tori, on the other hand, has developed a podcast called “Tori Dealing With,” a children’s book called “The Adventures of Bumble Pea and Koala Pear: The Search for Syrup,” and even a self-care organization called “Suiheart Club.”.
As if that weren’t enough, Stephen McHugh and Julia Rose appeared to have a romantic bond while filming and remained together afterward. Despite their best efforts, the two were forced to break up.

In spite of the fact that Stephen and Julia founded Shagmag, a digital magazine, Stephen now prefers to keep a low profile on social media.

Asaf Goren’s appearance on ‘Are You the One?’ made him a reality TV star, while Giovanni Rivera became a professional boxer.

For Tyler Norman and John Humphrey, the last two men standing from Dancing With the Stars, figuring out what they’re going to do next isn’t an easy task.

Both Kaylen Zahara and Francesca Duncan are well-known social media influencers, and both are also well-known singers.

Also, Nicole Brown enjoys spending time with her family, and she is active on social media to keep her admirers up to date. Victoria Wyatt and Camille Satterwhite, on the other hand, have opted for anonymity and have done everything they can to avoid the media spotlight.

Previous articleDr Jerry Buss Net Worth: Details You Need To Know Right Now!
Next articleEverything You Need to Know About Wolf Like Me Season 2.