Kanye West has had a slew of business projects highlighted by AfroTech throughout the years. Of course, the phenomenal success of his Yeezy fashion line is at the top of that list. That’s not to mention the man’s lengthy musical career. Forbes estimates his music portfolio, which includes the G.O.O.D. The music catalog, is worth $90 million, while Celebrity Net Worth estimates it to be worth $80 million.

The Yeezy.com website is worth $100 million, according to Celebrity Net Worth, and the Yeezy relationship with the GAP is expected to be worth $1 billion. Without the GAP relationship, the Yeezy brand is estimated to be valued at around $5 billion.

Kanye West is reported to be worth more than $120 million in real estate.

According to The New York Post, his most recent acquisition was a $4.5 million home right across the street from his four children. The five-bedroom, four-bathroom home sits in Los Angeles’ Hidden Hills neighborhood.

Kanye West formerly owned a range of properties, according to HouseBeautiful. Kanye West certainly knows how to play the real estate game, from a minimalist mansion in Calabasas, CA ($60 million) to its $2.975 million addition next door — from two acres of property in La Quinta, CA ($6.3 million) to the Houston St. apartment in NYC that was listed between $3 million and $4 million — and the Bel-Air mansion he flipped for $17.8 million and his $15 million ranches in Wyoming —

Philanthropy and Other Business Ventures

Kanye West, on the other hand, isn’t merely interested in making money. He also makes time to help others when he can.

He is the only owner of the Fatburger chain in Chicago as the owner of KW Foods. The chain, however, closed in 2011, according to Crain.

He had a 3% stock position in TIDAL, which leads us to believe he made a tidy profit when it was sold for slightly over $300 million.

The rapper/entrepreneur is also active in a number of charity endeavors through his Kanye West Foundation. He has contributed to Hurricane Katrina relief efforts, as well as World Water Day and Live Earth. In addition, he has aided in the education of Black and Latino youngsters across the United States. David “Heavy D” Sparks and David “Diesel Dave” Kiley, stars of the Discovery Channel series Diesel Brothers, have purchased the Yeezy visionary’s Ripsaw EV2 combat vehicle. The tank was reportedly purchased for $500,000 by Kanye West, but it’s unknown how much Sparks and Kiley paid for it. According to the site, Sparks claims that Ye “offered them a fantastic deal.”

Kanye West, of course, wasn’t short on cash previous to these sales. The value of his many commercial arrangements, which primarily originate from his Yeezy apparel line and partnerships, has made the “808s and Heartbreak” rapper and producer a billionaire. He had stock in TIDAL and was alleged to have made a tidy profit when Jay-Z closed the deal. He’s also made a tidy profit from his various real estate deals and other commercial ventures.

That’s not to mention his illustrious musical career. Kanye West’s music portfolio, which includes the G.O.O.D. The music catalog, has been valued at about $100 million in some estimates. With 21 Grammy wins and 69 nominations, he is one of the most successful performers on the planet. Furthermore, he is regarded as one of the wealthiest self-made Black individuals in America today.

Despite all of these praises, we couldn’t help but wonder what the truth was behind West’s more serious statements. How much money does he really have? How did he get his hands on it? And how much is he worth now?

Kanye West is a producer, rapper, fashion designer, and entrepreneur from the United States. Kanye West’s net worth is $6.6 billion as of this writing. He is one of the three wealthiest self-made black men in American history.

With the release of his 2004 album The College Dropout, Kanye became a household name. He is now one of the most successful and award-winning performers on the planet, having received 21 Grammy nominations and winning 21 of them. In recent years, he has shifted his focus from music to business. West has amassed a large fortune as a result of his Yeezy/Adidas partnership.

Kanye has made at least $100 million per year in recent years from his numerous endeavors. Royalties and other earnings tied to his Yeezy brand and Adidas connection account for the great majority of his earnings.

Yeezy owns 100 percent of his own Yeezy fashion business, yet he receives a royalty on sales of more than $1.5 billion every year. Yeezy is a $4–$5 billion brand, according to multiple private bank estimates. According to a UBS appraisal from March 2021, Yeezy adds $3-4 billion to Kanye’s net wealth. According to the same source, Kanye West’s partnership with The Gap will increase his net worth by $1 billion. 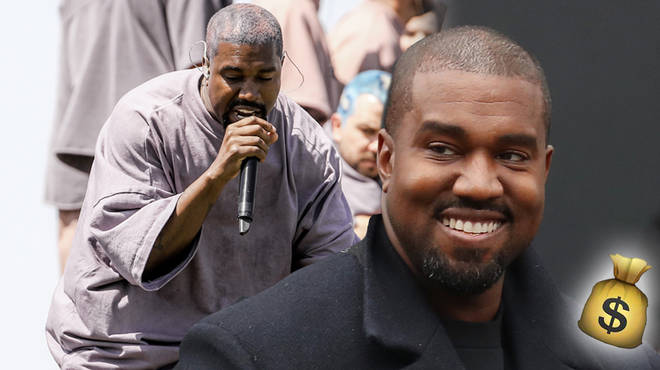 We Looked at the Following Assets and Liabilities When Calculating Kanye West’s Net Worth:

Kanye Omari West was born in Atlanta, Georgia on June 8, 1977. West went to Chicago, Illinois, with his mother after his parents divorced when he was three years old. After meeting producer/DJ No I.D., who taught him, he began experimenting with music. In 1997, he was awarded a scholarship at the American Academy of Art, but he decided to transfer to Chicago State University to study English. He eventually dropped out of school at the age of 20 to pursue a career in music.

West began making beats for local artists after dropping out of college to perfect his own sound. In 1996, his first recognized producing credits were for Chicago rapper Grave’s debut album, Down to Earth. Foxy Brown, Deric “D-Dot” Angelettie, and Harlem World are among the musicians he produced at this time.

Ascend to Notoriety and a Music Career

West’s major break came in 2000 when he started working as a producer for Roc-A-Fella Records, where he worked with artists including Ludacris, Alicia Keys, and Janet Jackson. West’s work on Jay-2001 Z’s album The Blueprint piqued attention in his production abilities. Jay-Z, Beyoncé, John Legend, Alicia Keys, and Janet Jackson are just a few of the artists on his production credits from this time period.

West’s major ambition, despite his fame as a producer, was to become a rapper. After being refused a deal with Capitol Records, he persuaded the head of Capitol Records to sign him to Roc-A-Fella Records in 2001.

West was motivated after a catastrophic vehicle accident in October 2002, during which he cracked his jaw, and recorded the song Through the Wire with his mouth still wired shut. This song set the tone for his debut album, The College Dropout, which was leaked months ahead of its August 2003 release date. West took use of the extra time to remix, remaster, and edit the album, delaying its release three times. The College Dropout was eventually released in February 2004 to significant critical acclaim, earning him ten Grammy Award nominations and a triple-platinum certification in the United States.

In 2013, West released the album Yeezus. The album debuted at number one on the Billboard 200 chart, as well as the R&B and Rap charts in the United States and four other countries. In 2016, he released The Life of Pablo, which debuted at #1 on the Billboard 200 chart and #2 on the US Rap and US R&B charts. The track “FourFiveSeconds” by Kanye West (with Rihanna and Paul McCartney) debuted at number one on the US R&B chart. He was nominated for six Grammy Awards in 2017. Ye, his most recent album, was released in June 2018. Unfortunately, Ye was Kanye’s first album to fail to reach platinum status.

West has continued to work as a producer and featured artist for other musicians, including 6ix9ine, XXXTentacion, Lil Pump, Chance the Rapper, Kid Cudi, and Teyana Taylor, in addition to his own albums and projects. His weekly “Sunday Service” orchestration with the Sunday Service Choir, which he has performed every Sunday since January 2019, is one of his other music-related initiatives. On two operas, Nebuchadnezzar and Mary, he partnered with contemporary artist Vanessa Beecroft. 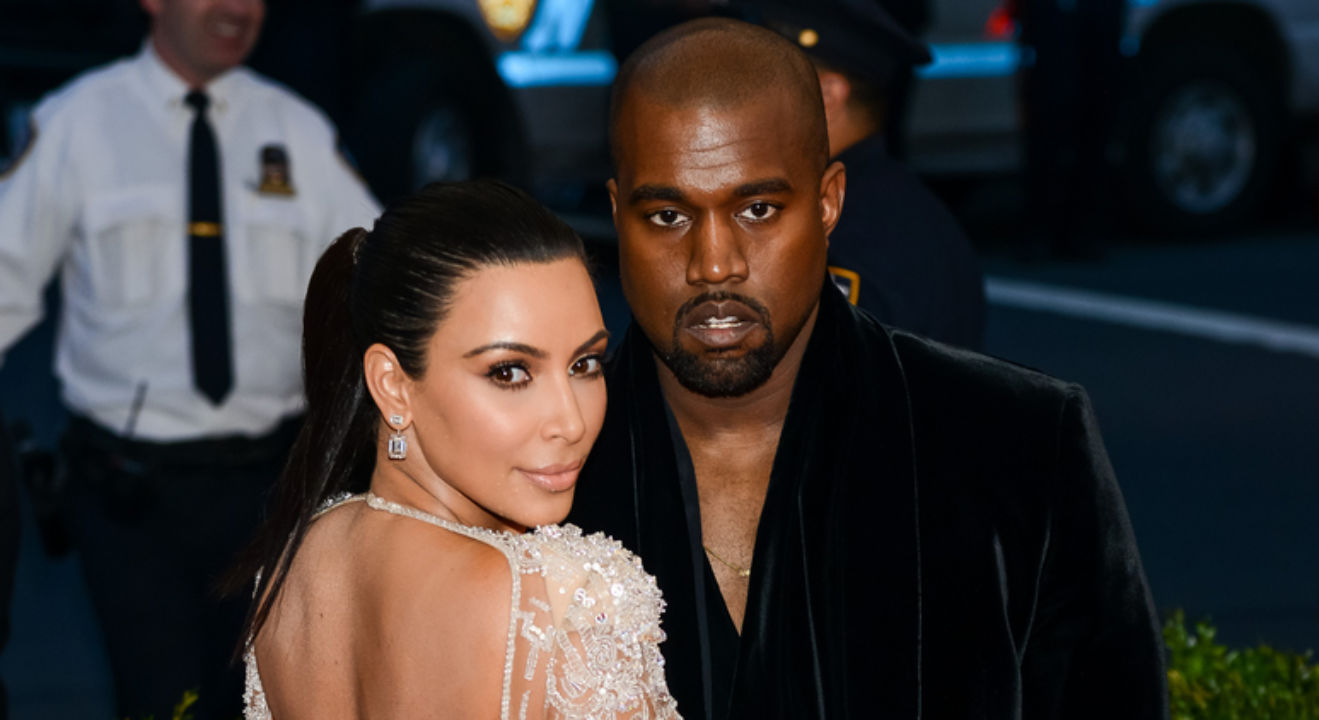 Forbes’ Celebrity 100 list has Kanye West at #2 with $170 million in 2020. Only his sister-in-law Kylie Jenner earned more than him, at $590 million. Drake, on the other hand, came in 49th with $49 million. Their money came from leveraging their music fame and influence into fashion and other endeavors.

Aubrey Drake Graham began his career as a kid actor in “Degrassi: The Next Generation.” The series reportedly paid $50,000 per year to the Toronto native. In 2005, he released his debut mixtape under the name “Drake”. As reported by Celebrity Net Worth, Drake was invited to join Lil Wayne’s Tha Carter III tour. His 2010 album “Thank Me Later” hit number one in both Canada and the US.

He’s also busy expanding his fashion empire. Then he cooperated with the Jordan brand. His team also created the Toronto Raptors’ “We The North” campaign.

In A Perfect Storm That Will Outlast The Covi Pandemic

Beyond the Covid Pandemic, Restaurants Face a Perfect Storm

Of course, the two influential rappers enjoy buying homes and nice cars. Kim Kardashian’s hubby has a $60 million Hidden Hills mansion and a Wyoming ranch. Among his rides are a Continental GTC W12, a Ferrari LaFerrari, and a Lamborghini Aventador Roadster A Drake property in Hidden Hills.

Kanye West is currently wealthier, but Drake may catch up if he keeps making savvy investments and successful collaborations.

West may run for president in 2020. Succeeding would be another feather in his already distinguished cap.