Trina Braxton Net Worth Who Is the Richest Person in the Braxton Family?

Trina Braxton was born Trina Evette Braxton in Severn, Maryland, on December 3, 1974. Evelyn, her mother, was a cosmetologist, pastor, and former opera singer, while Michael, her father, worked for a power business and was a Methodist minister. Trina grew up with her siblings, Michael Jr., Toni, Traci, Towanda, and Tamar, and participated in the church choir as a child.

The Braxton sisters signed with Arista Records in 1989, and their single “Good Life” charted at #79 on the “Billboard” Hot R&B/Hip-Hop Singles chart the following year. Toni was contracted to LaFace Records as a solo artist when the Braxtons were dumped by their record label. Toni’s first U.S. tour featured Trina, Tamar, Towanda, and Traci as support singers, and they also starred in the music video for “Seven Whole Days.” In 1993, the Braxtons signed with LaFace Records, but when A&R Vice President Bryant Reid moved for Atlantic Records, he took the band with him. Traci departed the band, and it was announced in 2011 that she was unable to sign with the label due to her pregnancy. On August 13, 1996, The Braxtons released their album “So Many Ways,” which reached #26 on the “Billboard” R&B/Hip-Hop Albums chart and #2 on the Heatseekers Albums chart. The Braxtons split up in 1998 as Tamar decided to pursue a solo career. 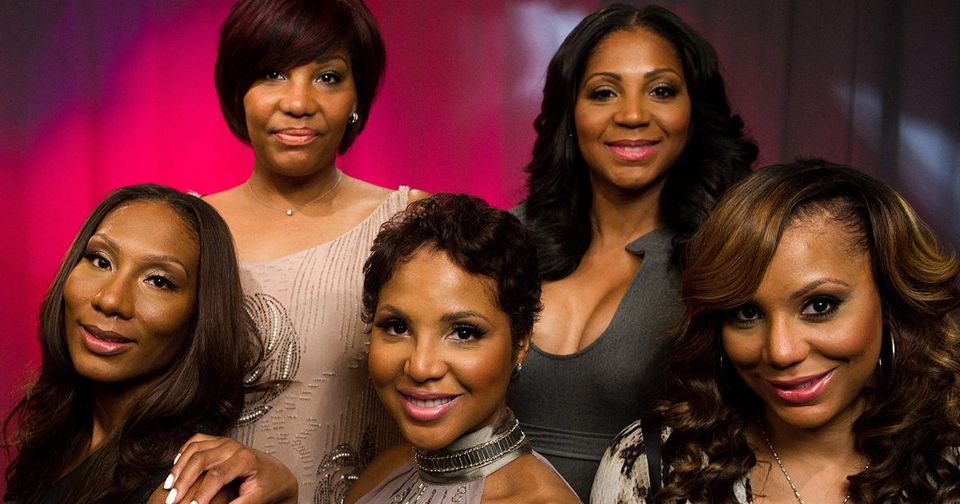 Braxton starred as Tracy Stevens in Tyler Perry’s “Meet the Browns” and Deena Jones in “Dreamgirls” in 2004. She starred in the films “Jail Party” and “The Walk” in 2005. Trina joined Simply Irresistible, a wedding band, in 2009, and reconnected with Tyler Perry for a cameo in his film “I Can Do Bad All By Myself.” The Braxton sisters initially appeared on WE tv’s “Braxton Family Values” in 2011, which was the network’s top reality show during its inaugural season. Trina also acts as an executive producer on the show, which has broadcast 148 episodes over seven seasons as of this writing. In 2012, she decided to pursue a solo career and got a record deal with Soltri Entertainment. Tamar’s 2013 album “Loversland” featured her on “The Chipmunk Song (Christmas Don’t Be Late)” and she released the songs “Party or Go Home” (2012) and “Game Time” (2013). The Braxtons’ album “Braxton Family Christmas” debuted at number one on the Heatseekers Albums chart in 2015. Trina was featured on Traci’s single “Broken Things” and in the play “Head Over Heels” in 2018, and she starred in the BET network’s “Hip Hop Holiday” in 2019.

Braxton also appeared as a guest star on the TV show “The Soul Man” (2012) and in the film “Where’s The Love?” (2014). Trina, Towanda, and Traci earned $25,000 for the anti-bullying charity “Saving Our Daughters” on “Who Wants to Be a Millionaire” in 2013. Braxton has also been on “The Talk,” “The Mo’Nique Show,” “The Arsenio Hall Show,” “Bethenny,” “The Wendy Williams Show,” and “The Real.” In 2015, the Braxton family participated in “Celebrity Family Feud” against Anthony Anderson’s family, winning money for Lupus LA (Toni was diagnosed with the disease in 2008).

Trina married Jose Mojica Jr. in 1994 and gave birth to two sons, Eric (born in 1995) and Caleb (born in 1998), before divorcing in 2001. Braxton married Gabriel Solis, a software developer, on August 10, 2003, and the couple divorced after ten years of marriage. Gabe died of cancer in December 2018 at the age of 43, after their divorce was finalized in 2015. On December 15, 2019, Trina married Von Scales, and the wedding was broadcast on a season seven episode of “Braxton Family Values.” Because she “has long been a firm supporter of The City of East Point, and is very proud, excited, and supportive of all its progress and initiatives,” the city of East Point, Georgia, proclaimed June 24th as “Trina Braxton Day” in 2020.

Braxton paid $660,000 for a 6,071 square foot property about an hour outside of Atlanta in 2019. The house has five bedrooms and five bathrooms, as well as a guest house and a saltwater pool on the property. 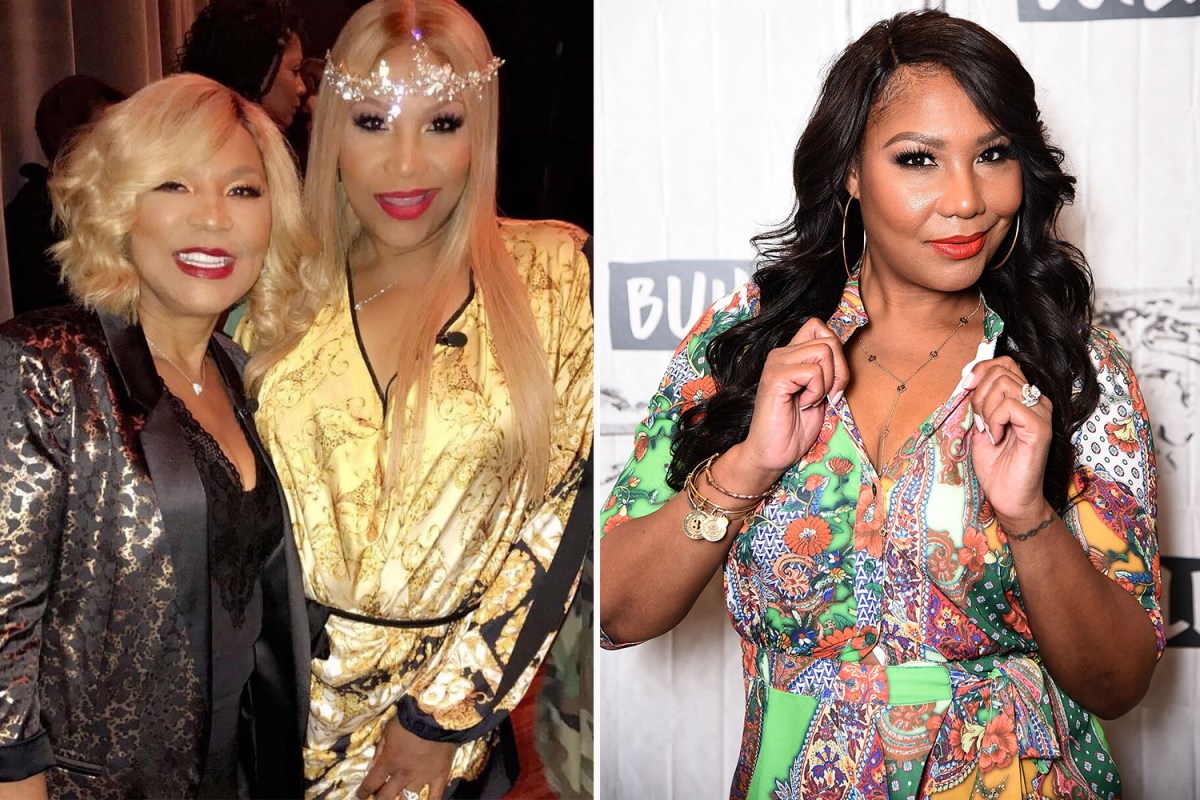 Trina Braxton was born Trina Evette Braxton on December 3, 1974, in Severn, Maryland. Michael’s father worked for a power company and was a Methodist clergyman, while Evelyn’s mother was a cosmetologist, pastor, and former opera singer. Trina grew up with her siblings, Michael Jr., Toni, Traci, Towanda, and Tamar, and sang in the church choir when she was younger.

Who Is the Richest Person in the Braxton Family?

Who in the Braxton Family Is the Wealthiest? Trina Braxton’s net worth is $1.5 million. She is an American singer, actress, and television personality with a net worth of $1.5 million. In the late 1980s, Trina and her four sisters secured a record deal with Arista Records, and the rest is history.

Which Braxton Is the Most Well-known?

Toni Braxton is a singer who is well-known for her

Toni Braxton has sold more than 67 million records worldwide (of which more than 40 million are album sales) thanks to a series of No. 1 R&B singles like “Unbreak My Heart,” “Another Sad Love Song,” and “Breathe Again.” She’s also the Braxton sibling with the most money.

Here’s What We Know About the Apple Iphone 14 So Far?

What is RuPaul’s Salary and Net Worth Is RuPaul Married or Unmarried?

Previous articleGlen Davis Net Worth What We Know About His Career?
Next articleHarvey Fierstein’s Net Worth and Salary: How He Earns His Income?