Stephanie owns 2.47 percent of the WWE as of this writing. Her nearly 2.5 million shares of WWE stock have been valued as low as $40 million and as high as $225 million in recent years.

Stephanie McMahon was born on September 24, 1976, in Hartford, Connecticut. She is a descendant of the world-famous McMahon wrestling family. Vince McMahon, her father, is the WWE’s founder, chairman, and CEO. Stephanie McMahon began modeling for the World Wrestling Federation (WWF) catalogs when she was 13 years old. She graduated from Boston University with a bachelor’s degree in communications in 1998.

McMahon debuted in 1999 as Vince McMahon’s innocent and nice daughter during a storyline involving Vince and The Undertaker, thanks to WWF writer Vince Russo’s suggestion. At the end of the April Backlash pay-per-view, The Undertaker stalked and kidnapped Stephanie, who was eventually saved by Stone Cold Steve Austin. She subsequently established an on-screen relationship with wrestler Test, which led to a long-running on-screen conflict with her only sibling Shane McMahon. She and Test were engaged in the ring, but Triple H released a video during the ceremony that revealed he had drugged McMahon and brought her to Vegas, where they married in a drive-through ceremony. In the year 2000, McMahon successfully defended her first WWF Women’s Championship. She departed the WWF for two years before returning in 2002 as Smackdown’s general manager. Stephanie McMahon vanished from WWF TV for two years after losing a match to her mother Linda McMahon. 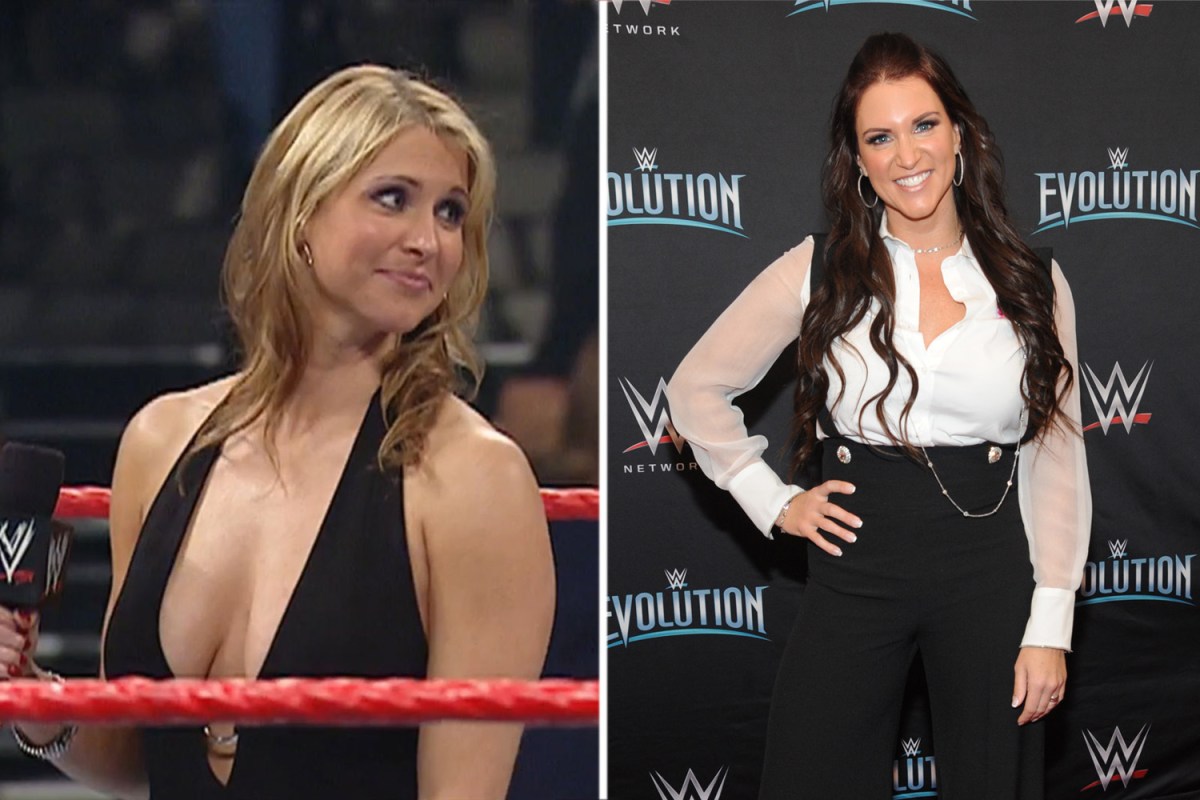 Stephanie made intermittent appearances on the WWF from 2005 to 2007, first as a villain in Raw Homecoming in October 2005, where she faced Stone Cold Steve Austin. In March 2006, a visibly pregnant McMahon appeared on an edition of “Raw,” clearly pregnant. In April 2007, she appeared in a backstage segment at WrestleMania 23 to visit her father before his Battle of the Billionaires bout. McMahon publicly announced her father had an illegitimate kid on the WWE roster after his father returned to “Raw” after faking his own death. In 2008, she began appearing on Raw on a regular basis before leaving once more. By mid-2013, she had returned to regular on-air appearances with her husband, Triple H, in the WWE, with the character of a harsh owner. From 2013 through 2016, the two were known as The Authority, a power couple.

Stephanie was named the Raw brand’s commissioner by Vince McMahon in 2016. On the October 30, 2017, edition of Raw, she confronted Raw General Manager Kurt Angle. When Ronda Rousey was signed, McMahon immediately began a feud with her, which culminated in a tag-team battle at WrestleMania 34 between Rousey and Kurt Angle, as well as her husband Triple H. This was McMahon’s first WrestleMania match and her first match since SummerSlam 2014. When she tapped out to Rousey, her squad was defeated. She only made intermittent appearances on television after her loss.

A Career in Business

She began working full-time for the WWF’s business division after graduation. Stephanie McMahon has held a variety of positions at World Wrestling Entertainment, including Chief Brand Officer since 2013. Her father owns and operates the sports-entertainment organization. She is the WWE’s only fourth-generation superstar/diva. Stephanie McMahon’s WWE nickname is “The Billionaire Princess,” and she has held the titles of Women’s Champion and SmackDown General Manager during her career. Linda McMahon, her mother, left the WWE to work for the Small Business Administration as the Administrator.

Account executive and receptionist from 1998 to 2002, Director, Creative Television from 2002 to 2006, Senior vice-president, Creative Writing from 2006 to 2007, Executive vice-president, Creative Development and Operations from 2007 to 2013, and Chief Brand Officer since 2013 have been McMahon’s official job titles. Stephanie McMahon has two Slammy Awards and the Vincent J. McMahon Legacy of Excellence Award under her belt.

McMahon has appeared on “The Howard Stern Show,” “Jimmy Kimmel Live!” and “Opie and Anthony,” among other ESPN programming. She featured on a special episode of NBC’s “The Weakest Link” in November 2001, in which WWF personalities battled against each other for charity. She made it to the final two, but her husband, Triple H, defeated her. She made an appearance on MTV’s “Punk’d” season finale. She was a guest on Business News Network’s “The Market Morning Show” in 2009. She also appeared in an episode of Food Network’s “Dinner: Impossible” later that year. She was named honorary chairman of the Special Olympics of Connecticut in October 2013. Stephanie has also made cameo appearances in a number of WWE video games. She’s also appeared in a celebrity edition of the CBS reality show “Undercover Boss,” when she pretended to be a new employee in the WWE business office.

Paul “Triple H” Levesque, a WWE wrestler and executive, is her husband. During their staged romance, they started dating in 2000. They married in Sleepy Hollow, New York in October 2003, after becoming engaged on Valentine’s Day 2003. Stephanie took her husband’s surname and legally changed her middle name to McMahon when they married. Aurora Rose Levesque (born 2006), Murphy Claire Levesque (born 2008), and Vaughn Evelyn Levesque (born 2010) are the couple’s three daughters.

Stephanie McMahon is an American corporate executive and former World Wrestling Entertainment valet and wrestler. Stephanie has a net worth of $150 million as of this writing. Stephanie and her husband, wrestler/WWE Executive Vice President Triple H, have a combined net worth of $1 billion, albeit Stephanie is responsible for the majority of the couple’s wealth due to her interests in WWE common stock.

Yes, Stephanie McMahon-Levesque and Triple H have been married since 2003.

Where Do Stephanie Mcmahon and Triple H Live?

The WWE’s power couple resides in Stanford, Connecticut, not far from the company’s headquarters.

Is Stephanie Mcmahon the Mother of a Son?

Yes. Shane McMahon and Stephanie McMahon are the children of WWE Chairman Vince McMahon and his wife Linda McMahon. Shane is 6 years older than his younger brother.

They are both billionaires. According to claims from last year, though, Donald Trump is wealthier than Vince McMahon.

Stephanie earned a total of $2.81 million in 2018, including a non-executive salary. She is paid $2.2 million for her work as the company’s chief brand officer (CBO), and she has a dual contract with the WWE as a performer, acting as the Raw brand’s on-screen commissioner.

Stephanie and her husband live on Conyers Farm, a 10-acre estate that also houses the McMahon family mansion. After selling 800,000 shares of the WWE firm, Vince McMahon and Triple H purchased the land.

Stephanie Mcmahon Owns How Much of WWE?

Annie Macaulay-idibia Net Worth and What We Know About Her Biography?

Previous articleInnocent Ujah Idibia: 2face Net Worth How Much Awards He Achive In His Life?
Next articlePaul Levesque Net Worth What We Know About His Wife?