Murder Mystery, starring Adam Sandler, was the film. It had the biggest opening for any Netflix Original movie ever that year, with a total of 30,869,863 accounts watching it in its first three days on the platform.

As a result, it’s no surprise that a sequel has been announced. Sandler and his production company, Happy Madison, signed a deal with Netflix in 2014 to make six films, the last of which would have been Hubie Halloween in 2020.

However, the deal was extended for four more films, one of which is the upcoming Murder Mystery 2. Here’s everything we know about the sequel thus far.

Will Adam Sandler and Jennifer Aniston reprise their roles in Murder Mystery 2?

Yes, of course! Both Sandler and Aniston reprise their roles as Nick and Audrey, a happily-ish married couple. Nick works as a cop in New York City, while Audrey works as a hairdresser and, coincidentally, is a murder-mystery novel fan.

Other familiar faces are also making a comeback. Adeel Akhtar returns as The Maharajah, with John Kani (Black Panther) reprising his role as Colonel Ulenga. 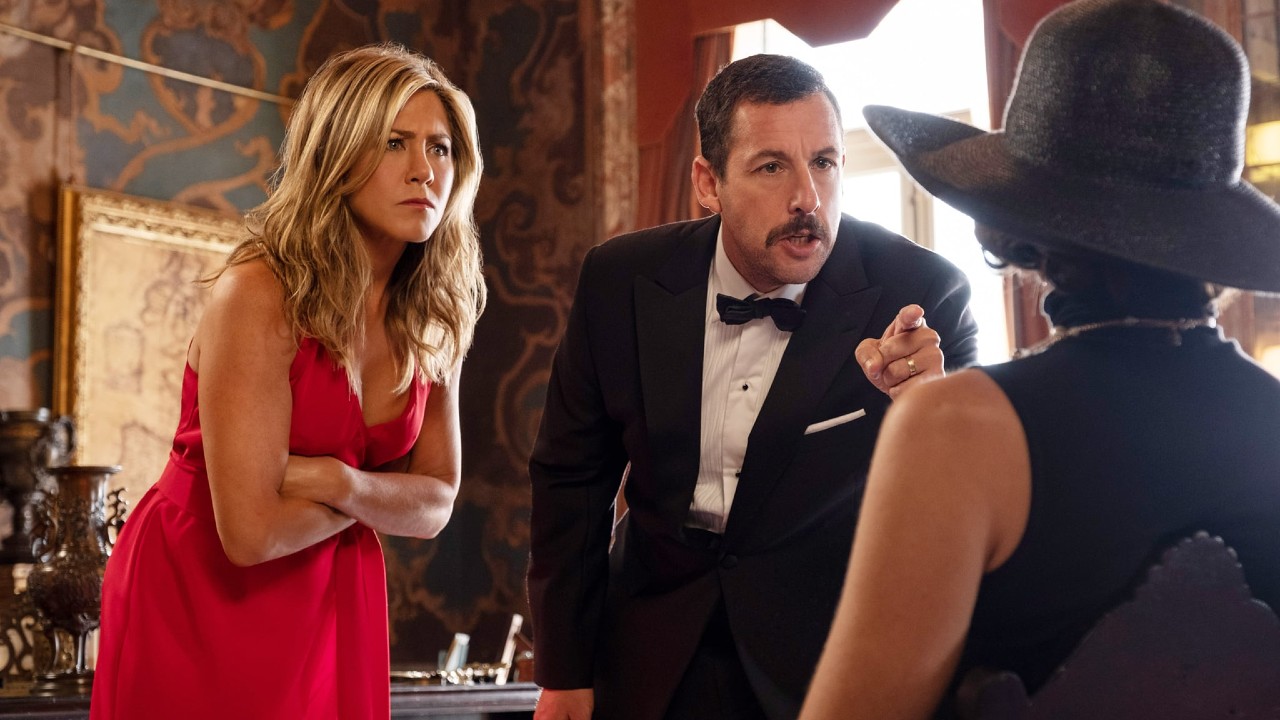 Only a few plot details have been revealed. We do know that Jeremy Garelick (The Break-Up) will direct the film, which will be shot in Paris and the Caribbean.

Nick and Audrey were on a European vacation when they were framed for the murder of a billionaire in the first film. It remains to be seen whether they are framed a second time.

The Murder Mystery concluded with both Nick and Audrey being exonerated, their marriage remaining intact despite Nick’s lying and general deadbeat-very, and Interpol gifting the couple a trip on the legendary Orient Express.

Because of the filming location and the amount of time that has passed since the first film, we don’t expect the sequel to take place on the infamous train. Never say never when it comes to movie magic, and we could see the couple on the murder train again.

It’s difficult to say when the Murder Mystery sequel will be released because there’s no timeline for when filming will begin, but it’s expected to be in 2022. Because production is being “fast-tracked,” release date in 2022 is a possibility.

While we wait for a teaser and trailer for the sequel, if you want to watch a silly crime comedy, you’ll have to watch the first film on Netflix. 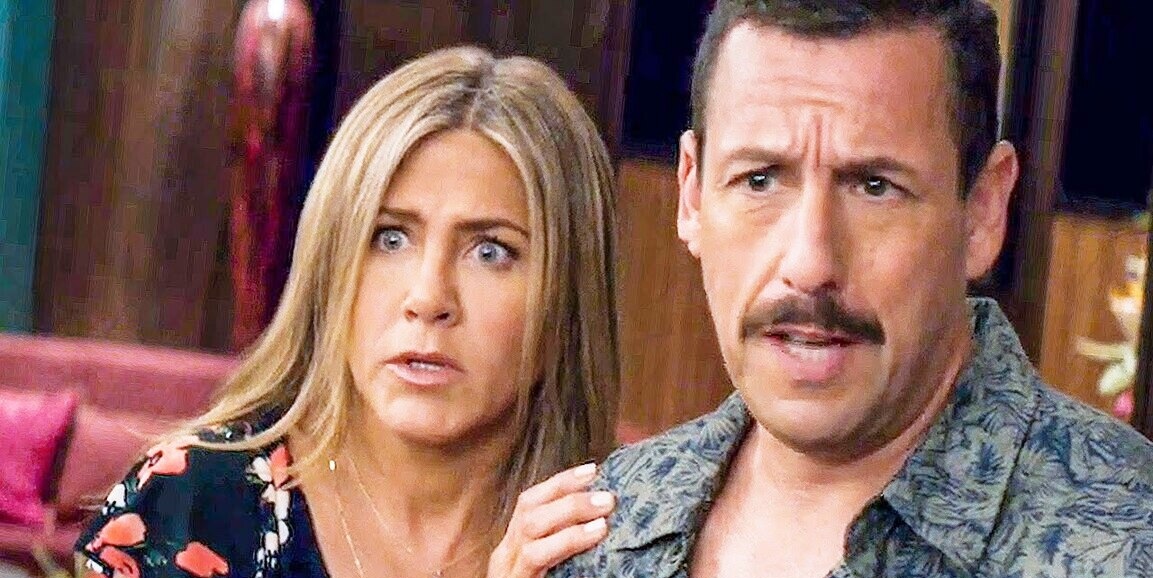 When it comes to his type of comedy, Adam Sandler is a contentious figure. While his films are not well received by critics, they are well received by the general public. Presumably, this led to his multi-billion-dollar contract with Netflix, which will comprise a total of ten films as of this writing (per IndieWire). One of those projects will be a follow-up to “Murder Mystery,” which was Netflix’s most-watched title of 2019. (via Entertainment Weekly).

“Murder Mystery” combines the standard whodunit framework with Sandler’s brand of lowbrow, slapstick comedy, focusing on Nick Spitz (Sandler) and his wife Audrey (Jennifer Aniston). The film follows Nick and Audrey as they try to investigate a murder while also clearing their identities and repairing their love, as the title suggests. It was the ideal film for streaming audiences, and “Murder Mystery” was eaten by a big number of people. The fact that Netflix has ordered a sequel is unsurprising.

What exactly is known about “Murder Mystery 2” in light of this? Even if the solution doesn’t require any elaborate sleuthing tactics, it’s time to dig in and solve the riddle.

This item has been updated to include filming and casting details as of March 21, 2022.

When Is Murder Mystery 2 Going to Be Released?

“Murder Mystery 2” has yet to receive an official release date as of March 2022. Adam Sandler, on the other hand, has announced that filming has commenced. Sandler announced the news on Instagram on February 7th, writing, “Back to work with my pal.” A snapshot of Sandler and his co-star Jennifer Anniston standing on a beach accompanied the tweet. It was shot on location in Oahu, Hawaii, where a portion of the film is now being shot (via Netflix Life). Sandler sported a full beard as well. Given that his character, Nick Spitz, sports a mustache, filming was probably just getting started at the time.

The likely release timeframe for “Murder Mystery 2” becomes clearer with that start date. In most cases, principal photography takes one to two months, with post-production taking anything from six months to a year (via Adobe). However, given that Netflix has already stated that “Murder Mystery 2” is being “fast-tracked” (via Deadline), it’s certainly feasible that it will be released before the end of the year. If not, early 2023 seems like a good bet.

What Actors and Actresses Are in the Cast of Murder Mystery 2?

Sandler and co-star Jennifer Anniston are reprising their roles as Detective Nicky Spitz and his crime-obsessed wife, Audrey, as revealed by Sandler’s Instagram post. Adeel Akhtar and John Kani have been confirmed to reprise their roles as Maharajah and Colonel Ulenga, respectively. Mark Strong (“Cruella”), Mélanie Laurent (“Inglorious Basterds”), Jodie Turner-Smith (“Without Remorse”), Kuhoo Verma (“Plan B”), Enrique Arce (“Terminator: Dark Fate”), Tony Goldwyn (“Scandal”), Annie Mumolo (“Bridesmaids”), and Zurin Villanueva (“Bridesmaids”) were among the newcomers to the franchise (“The Marvelous Mrs. Maisel”). Their characters’ roles haven’t been revealed as of yet.

Jeremy Garelick (“The Wedding Ringer”) has been tapped to helm the project, as well as polish the script written by James Vanderbilt (“Independence Day: Resurgence,” a 2020 “Scream” reboot). 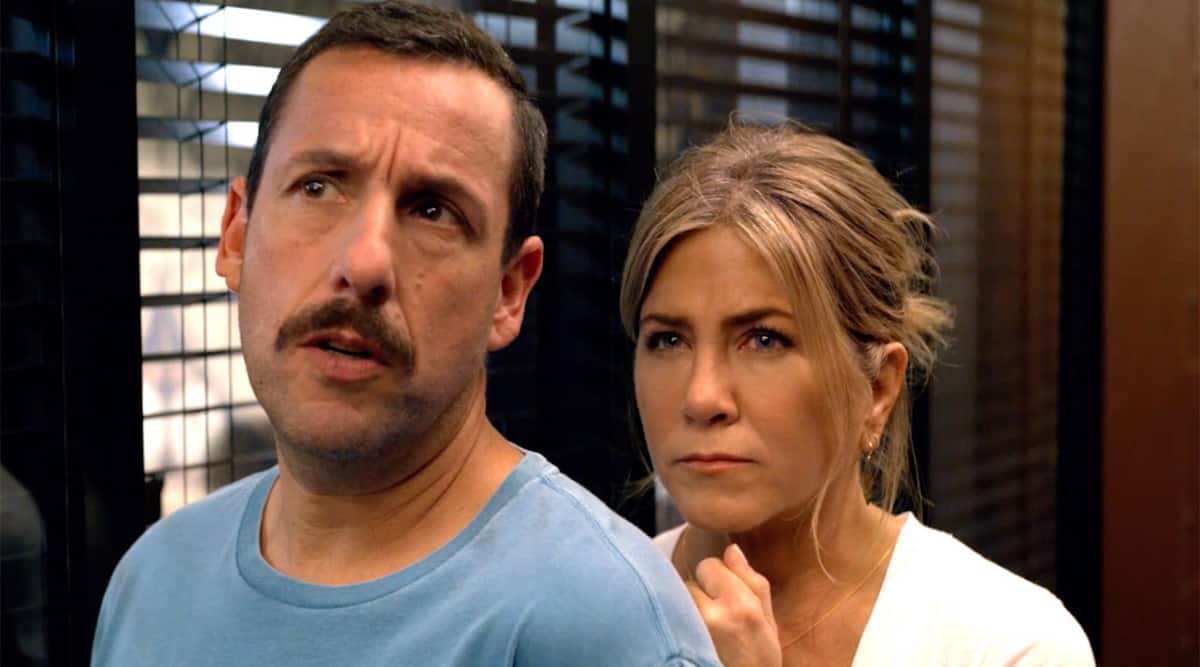 What Is Murder Mystery 2’s Plot?

As the title suggests, story details for “Murder Mystery 2” remain a mystery for the time being. It’s a safe bet that it’ll include Nick and Audrey teaming up once more to solve some absurd murder and trotting around the world to do so. Given that the first film ended with Nick being promoted to detective back in New York, it’s possible that this may play a role in the story arc. Given that this is a Sandler film, the formula is unlikely to differ significantly from the previous.

This is definitely a good decision because most people who come to see this type of humor aren’t expecting anything groundbreaking. Even though the plot isn’t substantially different from the first installment, given where “Murder Mystery 2” will be shot, there will be plenty of lovely landscapes to gaze at. Fans will simply have to wait and see where Netflix and Sandler’s latest cooperation takes them. Given the success of the first film, it appears that most Netflix subscribers are eager to embark on this adventure.

Previous articleOuran Highschool Host Club Season 2 What We Know About Release Date?
Next articleGrantchester Season 6 Will There Be a Season 8 of Grantchester?