The Summer of 2022 Has Been Set as the Launch Date for the Third Season of Evil.

Prepare for even more psychological thrills as “Evil” returns for a third season. The show follows priest-in-training David Acosta (Mike Colter), forensic psychologist Kristen Bouchard (Katja Herbers), and skeptical tech expert Ben Shakir (Aasif Mandvi) as they investigate claims of demonic possession for the Catholic Church while questioning how the lines between science and religion account for modern-day evils.

The show’s first season aired on CBS before shifting to the streaming service Paramount+ for Season 2. It was created by husband and wife team Michelle and Robert King (who previously created “The Good Wife” and “The Good Fight”).

The renewal occurred just three weeks after “Evil” Season 2 premiered on the streaming site, following a three-week hiatus due to the COVID-19 epidemic. When Season 3 premieres, fans can expect plenty more strange and satisfying episodes — here’s everything you need to know about the third installment.

Season 3’s release date has been added to this article, which was last updated on February 24, 2022.

Is There a Release Date for Evil Season 3?

While filming for “Evil” Season 2 was postponed for several months owing to the ongoing pandemic, Hollywood filming has returned to normal in contrast to 2020, therefore Season 3 appears to be on track to broadcast in 2022. In November 2021, program co-creator Robert King tweeted that production had begun, along with a few behind-the-scenes photographs.

Then, during a Television Critics Association presentation, Paramount+ revealed that “Evil” Season 3 is set to premiere in the summer of 2022, though they did not name a specific date or month.

Season 3 is expected to have the same number of episodes as the first two seasons, which have 13 episodes apiece (13 being the unholy number that it is). The show will be available on the Paramount+ streaming service.

Who Is in the Evil Season 3 Cast? 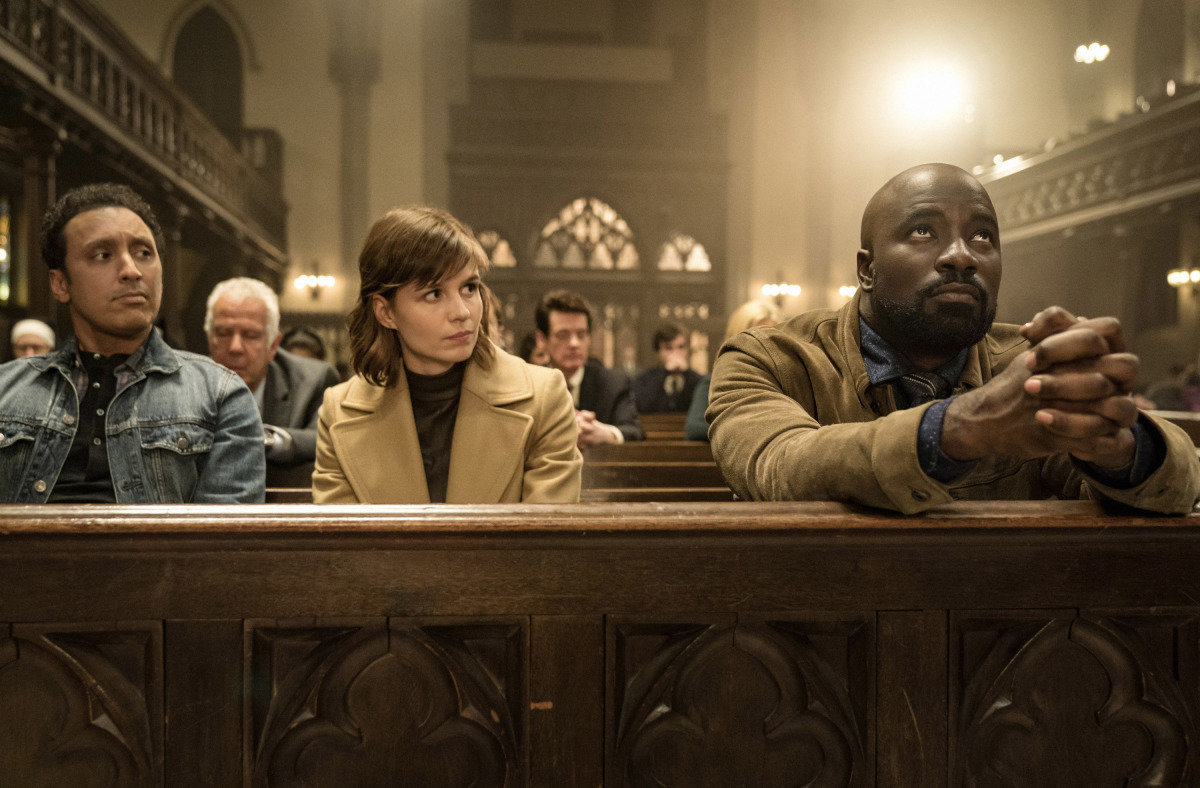 For Season 3, we should expect the entire major cast to return. This features Katja Herbers as Kristen, Mike Colter as David, and Aasif Mandvi as Ben, as well as other regulars including Christine Lahti as Kristen’s mother, Sheryl Luria, and Michael Emerson as Leland Townsend, the main heroes’ evil and presumably demonic opponent.

Brooklyn Shuck as Lynn Bouchard, Skylar Gray as Lila Bouchard, Maddy Crocco as Lexis Bouchard, and Dalya Knapp as Laura Buchard are all set to reprise their roles as Kristen’s four daughters. Meanwhile, Kurt Fuller will most likely reprise his role as Dr. Kurt Boggs, Kristen and Sheryl’s therapist.

Unfortunately, legendary character actor Peter Scolari (who played Bishop Thomas Marx) passed away during Season 2, leaving a large, humorous void in the cast. Clark Johnson is expected to reprise his role as Father Amara, a key figure in David’s church.

What Is the Plot of Season 3 of Evil?

The “demon-of-the-week” cases, in which David, Kristen, and Ben investigate supernatural events, and the show’s bigger mythology and more character-driven stories, which develop and alter over each season, are the show’s core narratives.

Season 2 of “Evil” is more character-driven than Season 1. It takes advantage of its move to Paramount+, which puts it outside the FCC’s purview, by following its leads to some dark places — Kristen killed a serial killer (Darren Pettie) who threatened her daughters at the end of Season 1, David is struggling with doubts before his ordination, and Ben is being visited by a strange demon at night.

Along the way, they look into a possible plot to corrupt future generations by messing with IVF treatments, as well as their own personal convictions in science and religion. Season 2 closes with David’s ordination and almost immediate abrogation of his vows to… Kristen, so it’s a cliffhanger that will undoubtedly be addressed.

As the protagonists delve deeper into the show’s mythos and confront their own impulses toward evil, Season 3 will undoubtedly provide interesting new cases.

So loved celebrating our show @evil and all it @CriticsChoice nominations last night with @katjaherbers #michaelcolter @aasif #andreamartin. What amazing actors and glorious people. ❤️ https://t.co/8xITil4c4j

How Many Episodes Are There in Season 3 of Evil?

Season three of You has ten episodes.

Netflix has all of the episodes available to watch.

Is George Real in Evil?

Laura, Kristen’s daughter, begins to see George in her dreams, frightening her mother until she realizes (when viewing a “horror movie” with Laura and her sisters) that George is a fictional character and hence not real.

In Evil, What Did Esther Give Birth to?

Kristen comes to witness David’s father’s wife Esther giving birth in a cornfield to something that is clearly not a baby: it’s a goblin creature while on a psychedelic sangria trip. Esther bites into the sac it’s trapped in to free it and welcome her goblin baby into the world.

In Evil, What Are the Margaritas?

Kristen’s favorite drink is a pre-made margarita in a can, the go-to cocktail for working moms with too much on their plates and a strong resolve to prevent evil from taking over the world. We were so taken with the character depth that it made our list of What TVLine is Thankful For in 2019.

Are the Demons in the Tv Show Evil Real?

The core thrust of the team’s findings, demonic possession, is not debunked by evil. It never treats it as if it were a campy movie. The show thinks demons exist and even breaks down the six different forms possession might take for the audience.

In Evil, What Happened to George?

She eventually stabs him with a kitchen knife, which appears to kill him, although as a supernatural – or fictional – creature, such an act is unlikely to kill him.

Who Was the Nasty Girl Who Pretended to Be Brenda?

Mathilda Maubrey, played by Matilda Lawler, who also played Brenda, the small girl in the mask who took Kristen’s children grave-digging in season 1, is the subject of the investigation.

What Is The Release Date for Season 4 of World Trigger

Julia fox dating history :what Is the Current Updates

Previous articleTop Boy Season 4 Release Date: Is There Gonna Be a Top Boy Season 4?
Next articleFinally! Undone Season 2 Is Coming to Prime Video, and the First Teaser Has Been Released.