Overwatch 2 beta : Releasing Date is Confirmed: Is It True? Check Out Its Characters & Everything You Need to Know About Blizzard Entertainment’s Team-Based Hero Shooter Games

It’s finally here. It has finally arrived. Just over 900 days after the announcement of the hero-based first-person shooter sequel, the Overwatch 2 beta is finally here. That was a long time for those of us who wanted significant new material, since no new heroes were introduced in the last two years, and the game’s balance was seldom updated.

It’s for this reason that gamers are eagerly awaiting the Overwatch 2 beta. If you register by Wednesday, you’ll be assured entry.

The game was initially unveiled at BlizzCon 2019 but little information has been released about it. Since that time, there has been a pandemic, a big employment law action, and the acquisition of Activision Blizzard for $68.7 billion by Microsoft. Past and present fans, however, are eager to see more of the sequel.

Now that hunger is satiated. This is everything you need to know about the beta for Overwatch 2.

When Can We Expect the Overwatch 2 beta to Be Released? On Tuesday, April 26, the beta began at 11 a.m. PT and will end on Tuesday, May 17. You can still get into the beta by checking your email periodically over its duration, so if you don’t gain access on Day 1, keep an eye on it.

Read More: talker 2’s Release Date, Trailer, Features, and Everything Else We Know About the Game

Overwatch 2’s Top Five Heroes, According to the beta Test

This includes Lucio, who has a healing boost, a tiny frame, and a high degree of mobility. The only thing that’s changed is his ultimate generation, yet that’s enough to place him at the top of the beta rankings.

Fans undoubtedly anticipated the new hero Sojourn to win the best of a show in the beta out of all the DPS choices available in the game. Despite this, the 5v5 shift has elevated Soldier: 76 to the top of the DPS position. He’s (finally) quite powerful, thanks to his self-healing abilities, regular fire damage, and rocket burst damage.

Moira has become much more difficult to kill because of the new health regeneration for support characters, much like Lucio. Even though her mobility is less than Lucio’s, Moira has the ability to do much more healing and damage. Moira is one of the beta’s greatest heroes, despite the fact that she’s a lot easier to kill when concentrated.

Genji, the Overwatch 2 beta’s second-best DPS character, has regained his peak form. Due to the elimination of the majority of the game’s stuns, picking Genji puts you in a better position to harass and kill opposing DPS or supports than ever before. When an Ana throws a Nano Boost your way, this ability is much more pronounced, putting him in the “best beta DPS” category.

How Long Will the Overwatch 2 beta be Available?

In terms of the Overwatch 2 beta, Blizzard hasn’t said how long it will last or what it comprises. As of now, we don’t know whether it’ll be a one-time event or an ongoing beta. 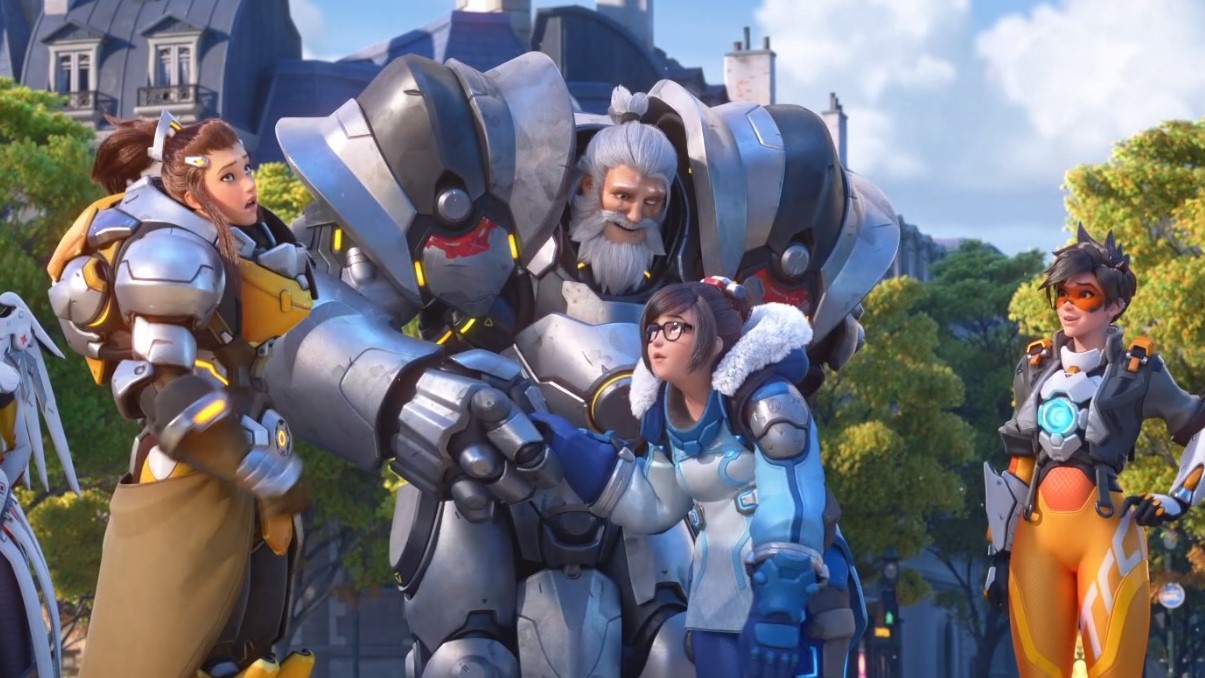 Developers may test their servers and check whether they can handle the workload upon launch during brief beta testing. While the Overwatch 2 pre-beta is expected to go longer, The alpha and beta testing for Overwatch was extended to allow Blizzard to absorb player input and make changes to the game. Since its launch in October 2015, Overwatch has undergone a series of betas. February 9 to May 9 saw the second beta for the game, which was released on May 24.

We anticipate the Overwatch 2 beta will have a similar testing time since there has been no announcement of finish date. Blizzard has been contacted for comment and we will update this post whenever we hear back.

How to Participate In the Overwatch 2 beta?

To participate in the Overwatch 2 beta, you’ll need to register on the Overwatch 2 beta website. In order to get an official invitation, you’ll need to check the email address you provided when signing up. A copy of the original Overwatch game on PC will also be required to participate in the beta. As one of the top PC and Xbox titles, we strongly urge you to pick it up if you don’t already have it.

Despite the fact that the creators have indicated that not all people that sign up will be accepted to join the beta, more players may be recruited at some point in the future. Future betas, on the other hand, are expected to involve a larger number of people. Additionally, Blizzard has stated it will be giving away beta admission via the Twitch Drops system during the Overwatch Beta Bash Livestream on April 27th, so keep an eye out. Streamers listed on the official Overwatch 2 beta FAQ website may be watched for four hours while signed in with a Twitch account connected to your Battle.net account to get beta access to Twitch Drop. In order to earn these Twitch Drops, you must log in to Twitch during the hours of 10 am and 6 pm PST/9 pm EDT, which is 10 am to 6 pm PST/9 pm EDT. Keep in mind that your progress is cumulative over multiple broadcasts, so you’re under no need to follow the same streamer for four hours.

Is There a beta Reward For Overwatch 2?

Players that take part in Overwatch 2 betas may or may not get in-game awards that may be used in the final game. If prizes are available, we think that beta participants will be able to get special cosmetics like sprays, voice lines, profile icons, or even emotes and skins. So yet, Blizzard has been mum about the situation.

Previous articleJeff Lazkani Net Worth, Career, Relationship, Married Life & Latest Updates
Next articleMagi Anime Season 3 Releasing Date Is Confirmed! Is It True? Check Out Its Releasing Date, Plot & Everything You Needs to Know