Do you want to see the NPC monsters and minions from Overlord’s dark fantasy anime series again? Are you curious as to when and where that will occur? We’ve acquired the knowledge needed to locate the answers you’re looking for after meeting with the creatures of the east and west.

The cast, crew, and creators began work on Season 4 in May 2021, as stated on the anime’s official Twitter account. More information about the action-packed anime’s fourth season is finally being disclosed.

An online role-playing game is permanently shut down in the Naoyuki Ito-directed anime series, which is based on the Japanese light novel series of the same name, but one last player remains logged in and is transferred to a new world. With nothing to lose, the young man sets out to establish his own empire in the fantasy world, earning the support of beasts, monsters, and humanoid creatures along the way, and annihilating everyone who tries to stop him.

Now that Ainz Ooal Gown is the Lich ruler of the Sorcerer Kingdom, he pursues his ambition for dominance in the continuing fights between Human, Demi-Human, and Heteromorphic game characters in the videogame realm he now inhabits.

Aside from Season 4, the designers want to release a new game and a feature film that will go deeper into the Overlord realm. It’s reasonable to say that the team behind the dark fantasy series has had a lot on their plate. Thus here’s everything we know about Season 4 of Overlord so far:

Is There a Season 4 Trailer for Overlord?

When will Season 4 of Overlord be Released? 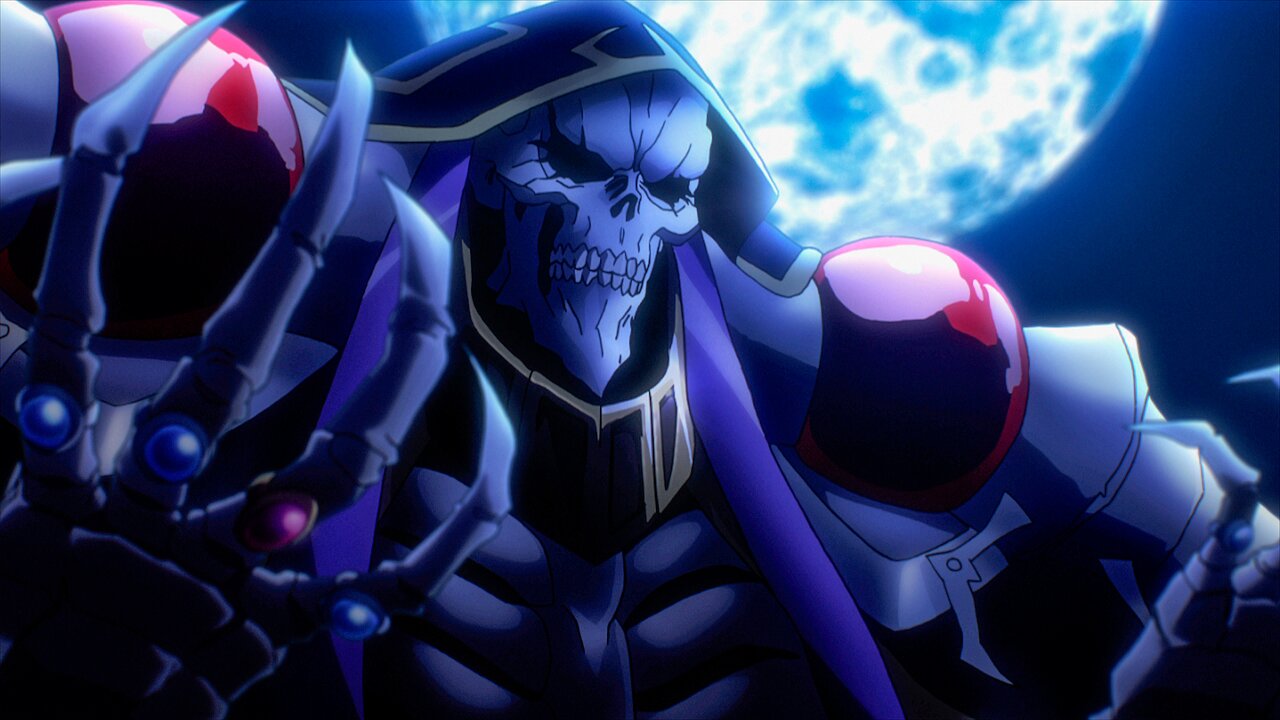 Overlord Season 4 will premiere in Japan in 2022, with no details on when month it will premiere or when it will be available in other countries, according to the show’s makers. Seasons 1 and 3 previously premiered in July, with Season 2 broadcasting from January to April 2018, just three months before the third season began. Many people are speculating about another summer release based on this information.

Will There Be Any Cast Changes in Season 4 of Overlord?

The series developers revealed some of the voice actors that would reprise their roles in the future release in a live broadcast promoting Overlord Season 4.

Satoshi Hino will reprise his role as Ainz Ooal Gown, Nazarick’s most revered Supreme Being and the series’ central character. Yumi Hara will reprise her role as Albedo, the high-ranking and needy succubus who was tragically discovered to be a virgin succubus in Season 3. Sumire Uesaka returns to voice Shalltear Bloodfallen, a harsh, icy, and the nasty little demon who is also extremely lovely.

Read more: Goblin Slayer Season 2 Is Officially Confirmed, But There is No Release Date for the Second Season of this Anime Series.

In Season 4, Kenta Myake will reprise his role as the Guardian Cocytus. Emiri Kat and Yumi Uchiyama will reprise their roles as the gender-bending sixth-floor Guardians Aura and Mare. Demiurge, the blade-tailed seventh-floor Guardian and leader of NPC defences, is believed to be voiced by Masayuki Katou once more.

There’s no indication on whether there will be any new characters or voice actors in the anime’s fourth season, but fresh character art has been published online for those who are returning.

What Will the Fourth Season of Overlord Be About?

Fans of the game-based series are wondering if the Holy Paladin storyline will be addressed in the upcoming season, but reports are circulating that it will be addressed in director Ito’s upcoming full-length feature film, which is set to premiere in 2021. The fourth season will officially be a direct continuation of the third. 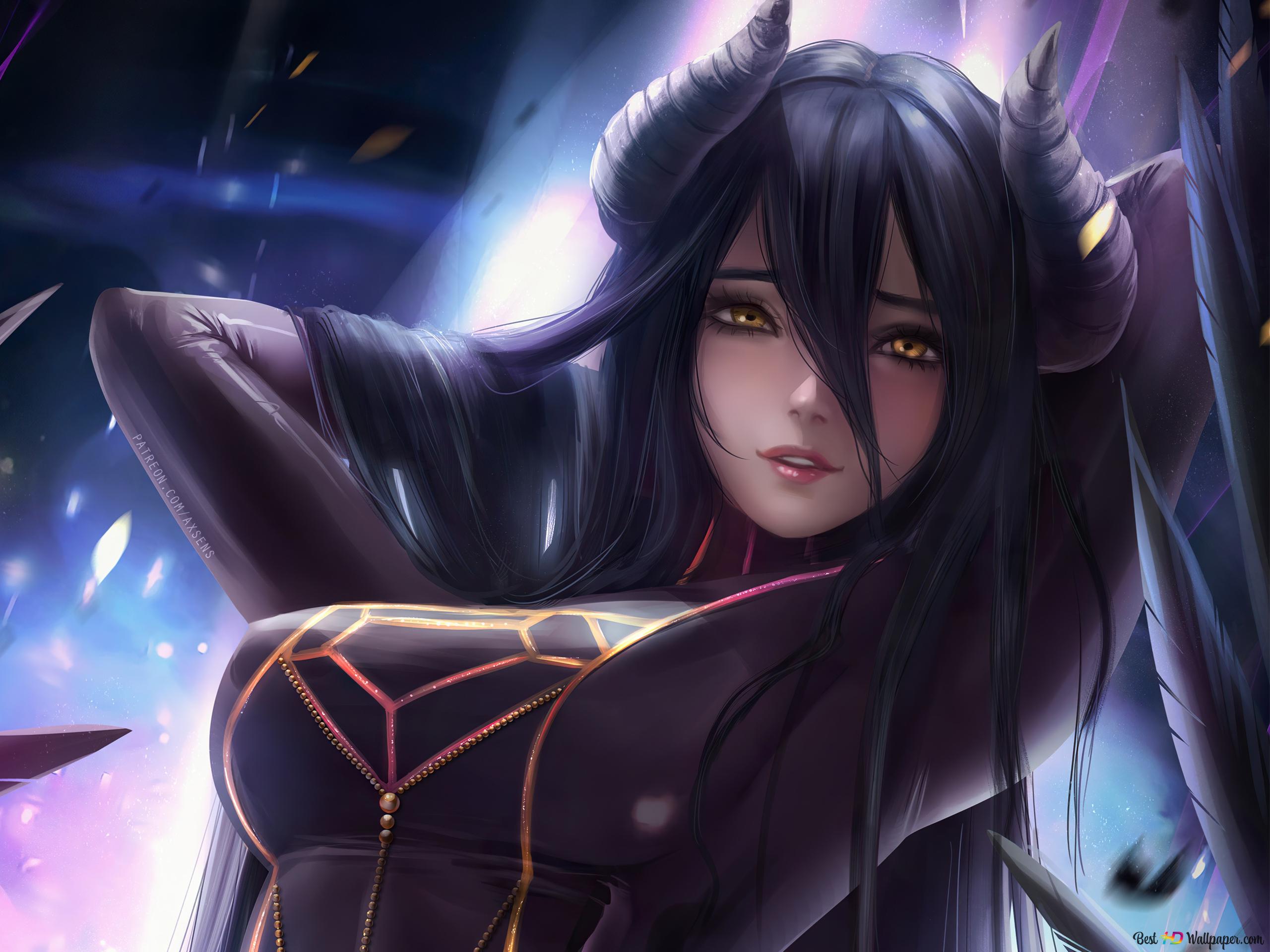 Ainz’s quest for dominance continued in the third season’s twelve episodes, as he sought both the Giant of the East and the Demon Snake of the West, slaughtering everybody who stood in his way. Season 3 also depicts the Baharuth Empire pretending to be loyal to Lord Ainz before betraying him and his Sorcerer Kingdom. This results in a bloody battle between Nazarick and Re-Estize, in which Gazef is killed.

King Ramposa III relinquishes control of E-Rantel after witnessing Lord Ainz’s actual strength, which allows him to kill 70,000 Re-Estize soldiers with a single spell, with the threat of a rampage through the Capitol looming over him. Now we’ll have to wait and see how the cold and powerful Sorcerer King goes about gaining power and dominating the globe.

Which Studio Is in Charge of Overlord Season 4 Animation?

Madhouse, the studio behind popular anime series like as Death Note, One Punch Man, and Parasyte, will return to offer the dark action series’ fourth season to audiences. In the third season, the series’ CG animation was criticised, thus fans are looking for an upgrade in the way the vast armies are depicted.

Where Can You Watch Season 4 of Overlord?

There’s no indication yet on when Season 4 of Overlord will be available to view. Fans of the series are likely expecting that, after waiting nearly four years for the fourth season, they would be able to watch it as soon as possible thanks to Crunchyroll’s simulcast premium service, which allows viewers to watch episodes of various anime series just one hour after they show in Japan.

Crunchyroll’s premium service starts at $7.99 per month and includes ad-free streaming, simultaneous episode releases, and access to the site’s digital Manga library. Subscribers can also upgrade to higher tiers, which include everything from offline viewing to swag bags and exclusive Ultimate Fan-only stuff.

So, in order to avoid making the same mistake and betraying our terrible and horrible commander, watch Seasons 1 through 3 before the latest installment is released. The first three seasons of Overlord are available to watch for free (with advertisements) on Crunchyroll, as well as with a Hulu subscription. What About the Overlord Simulator?

With the release of Overlord Season 4 imminent, fans will be ecstatic to learn that they will be getting more than just another season. There’s also a 2D action game coming to Nintendo Switch and PC via Steam, according to reports.

In a new original story written by Overlord novel creator Kugane Maruyama, the slain sadistic psychopath Clementine retrieves lost memories and employs martial arts while seeking to escape the Tomb of Nazarick. While the game has yet to be given a release date, photos of the 2D battle screen have been shared on Twitter, and Overlord fans are excited to get their hands on it.

Previous articleFood Wars Season 6: Will There Be A Season 6? Renewal & Release Date
Next articleWhat to Expect From Haikyuu Season 5 Release Date and Stay Tuned For More Updates