Quinn told Inverse that he hopes to work with Charlie Heaton, who plays Jonathan Byers on the show, in the future. Jonathan was in California with his brother Will, Argyle, and Mike Wheeler for the first seven episodes of Stranger Things Season 4 Jonathan and Eddie have never met before, and it doesn’t appear that they will in Volume 2.

Most fans already know Eddie has more to offer since the teaser revealed a moment in which he shreds on his guitar in the Upside Down. There’s another reason to be optimistic about Eddie’s future on the show.

Is Eddie Munson going to make It through Season 4 of Stranger Things? 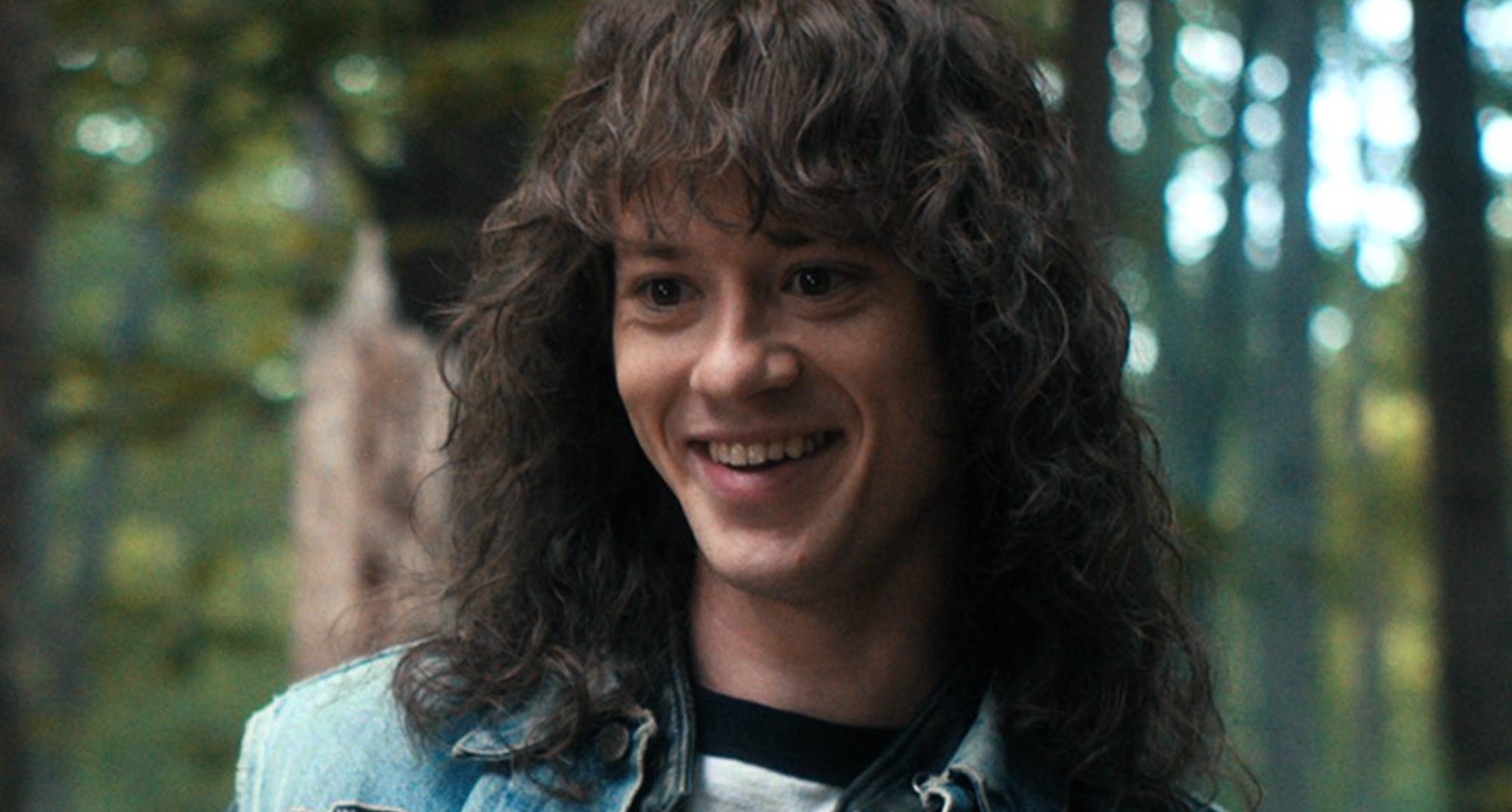 Stranger Things Season 4 looks like Eddie will make it out alive. The Duffer brothers haven’t killed off any major characters yet, and the ones who have died (while terrible) weren’t figures who lasted numerous seasons. By the end of season three, Hopper had come the closest to losing a major character, but he, too, survived.

Read More: Tonikawa or ‘Fly Me to the Moon’ Season 2: When Will It Come Out?? See Here’s For More Details

In Stranger Things, Why Would Eddie’s Death Make Sense?

Eddie Munson is being groomed as the sacrificial lamb for Stranger Things’ bloodbath, as neither the real world nor the Upside Down are safe for him. Eddie does have the advantage of having no physical evidence that he killed Vecna’s victims, with the exception of Chrissy’s death. 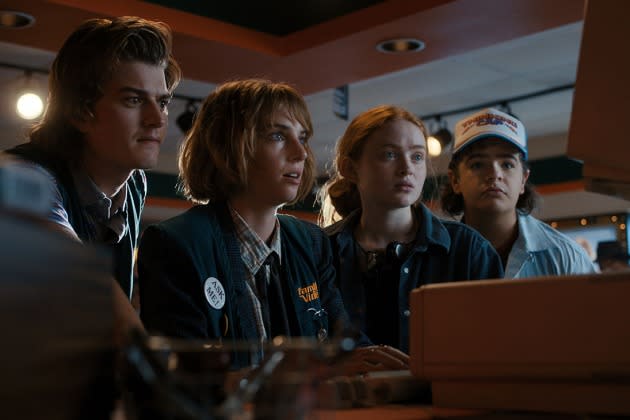 With that in mind, persuading Hawkins that a Stranger Things interdimensional being dubbed Vecna by a group of D&D fans is responsible for the deaths of teenagers would be practically difficult.

When the D&D campaign reaches a fork in the road, Eddie declares in Stranger Things season 4, episode 1 that “there is no shame in running,” formally establishing his approach to conflict and the character evolution he must undergo.

Eddie pushes his bounds and joins Steve (Joe Keery), Robin (Maya Hawke), and Nancy (Natalia Dyer) in the Upside Down as his involvement with the organisation and the Vecna killings grows. Eddie’s cowardice leads to greater humiliation and worsening situations, organically positioning his character for a potentially fatal heroic moment.

A Major Hawkins Issue Could Be Solved By Eddie Dying

Given Eddie Munson’s alleged use of Satanic cult rituals to murder his victims, Hawkins residents may grow to conclude that such an explanation is less feasible as time passes. In Stranger Things season 4, however, they have yet to show such logic. Once the Vecna murders are over, Hawkins may lose interest in the Eddie witch hunt, demonstrating the town’s disturbing lack of awareness of its deadly secrets. Meanwhile, Eddie’s Hawkins High diploma will have to be postponed even longer as he continues to hide until the paranoia subsides.

The Hawkins witch hunt would come to an end with Eddie’s death, albeit it would raise new questions in the future. Hawkins would see Eddie’s death as a form of retribution, and as a result, he would not delve into Hawkins’ supernatural problems, which are sure to generate additional worry if they can’t discover more about Upside Down.

Stranger Things would be illustrating, through Eddie’s death, that fear can be so entrenched in a community that people are more likely to believe their story than to challenge it rationally.

In Stranger Things Season 5, will Joseph Quinn Reprise his Role as Eddie Munson?

Eddie and Joseph Quinn are expected to return for Stranger Things’ fifth and final season. Quinn not only stated that he and co-star Charlie Heaton wanted to work on a narrative together next season, implying that he will return, but he also stated flatly that he will not return for Season 5. 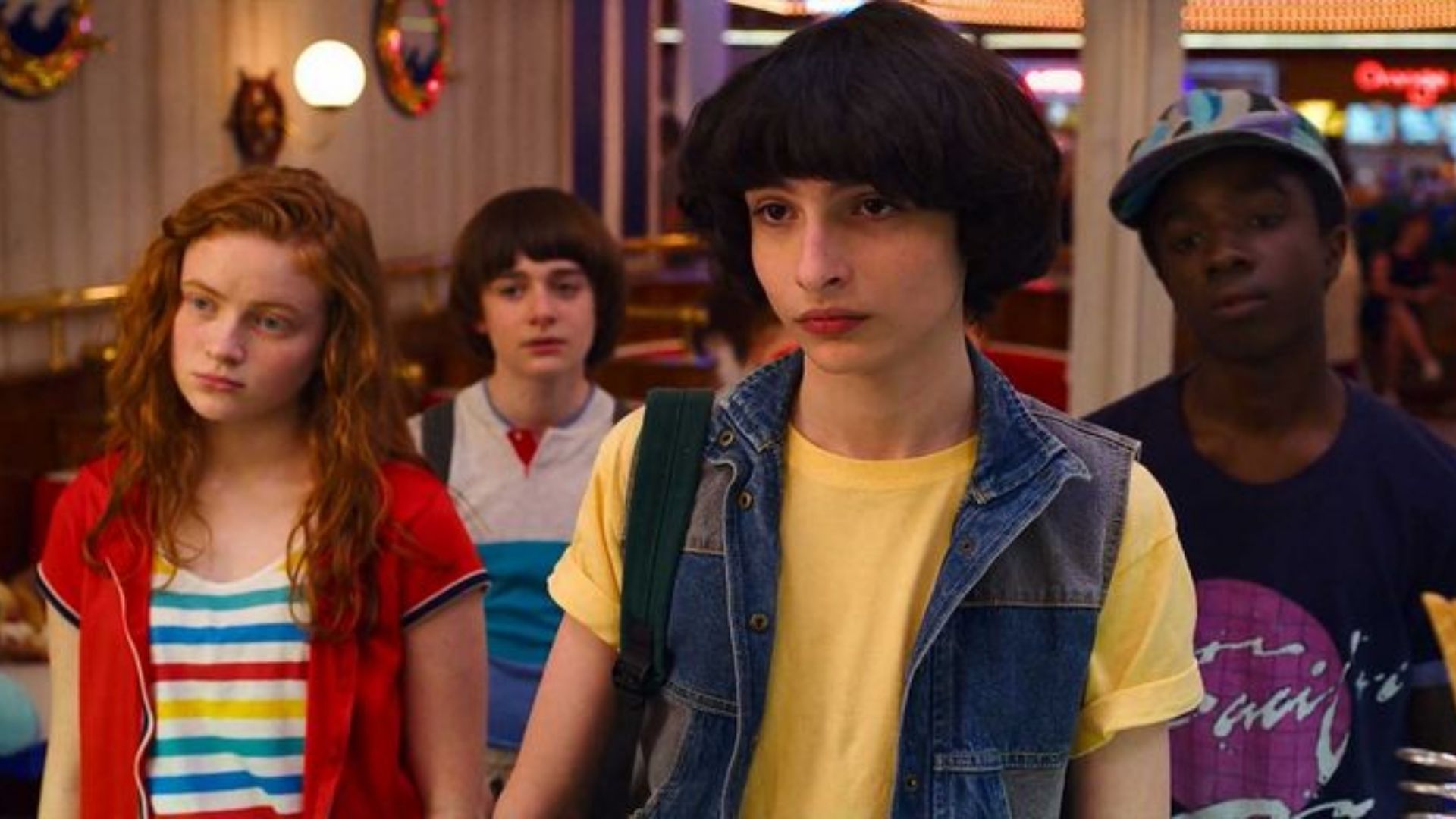 Yes, I believe that. There’s no reason why it shouldn’t be possible. If they don’t bring me back, I’ll be outraged.

I assume he’s going to live since he “can’t see why not.” This is fantastic news, as Eddie has already established himself as a key member of the group thanks to his dynamic performance.

Previous articleEmily in Paris Season 3 Is Not Coming to NETFLIX In June 2022: Check Here’s All Updates!
Next articleTiger Woods’s Net Worth: How to This Celebrity Became So Rich?