Returning fire is Sylvester Stallone. The action legend, who co-wrote and acted in the 1976 sports classic Rocky and its follow-ups, is bringing his conflict with the movie’s producer to light.

The 76-year-old screen star and director attacked both Irwin Winkler and his son, David Winkler, who produced the Rocky movies and their Creed spinoffs, on Instagram on Sunday. 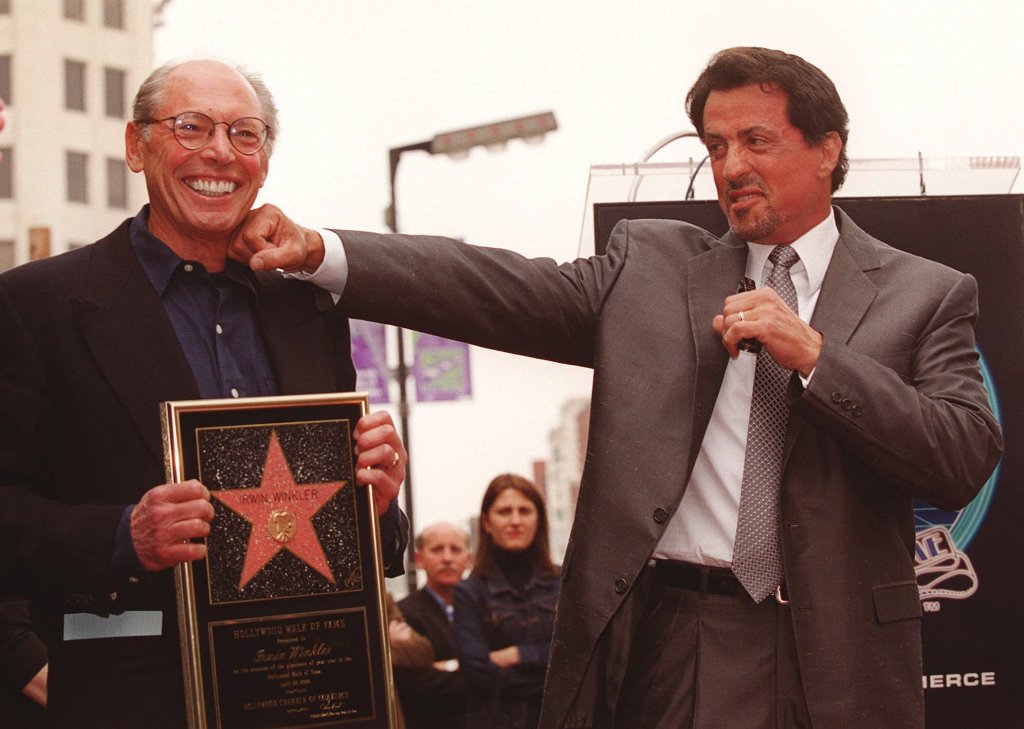 Stallone has been criticizing Winkler harshly and posted a bizarre Instagram image of the actor. Winkler appears to have a snake-like body and a knife blade for a tongue in the picture.

The artwork was accompanied by a note from Stallone that said, “A VERY Flattering portrait of The Great Rocky/ Creed Producer, IRWIN WINKLER, from one of the country‘s greatest artists,”

After giving the context for his attack, Stallone argued that since he was the one who originally conceived the character and plot of Rocky, he should be granted ownership of the franchise.

In a passionate letter, Stallone demanded at least a portion of the rights he still had before giving them exclusively to his children. “After IRWIN controlling ROCKY for over 47 years, and now CREED, I really would like have at least a little WHAT’s LEFT of my RIGHTS back, before passing it on to ONLY YOUR CHILDREN,” he wrote. “I believe That would be a FAIR gesture from this 93-year-old gentleman?” you say.

Because he wanted to leave something of Rocky for his children, the actor said that the issue of Rocky’s intellectual property rights has been “a painful subject” that “eats at my soul.”

“However, hearing from devoted followers is always wonderful… “Keep Punching,” he said.

Over the course of the weekend, David Winkle was the target of Stallone’s criticism of his book The Arrangement: A Love Story.

“Though I enjoy reading and have read several books, I have to say that THIS is by far the worst. Please buy this toilet paper if you ever run out; you won’t be sorry. It is extremely absorbent, “Stallone composed. Although I hardly ever met him in all those years, the one and only Irwin Winkler, this terribly untalented David Winkler, the son of the wonderfully untalented and parasitical Producer of Rocky and Creed, wrote this unbearably worthless dreck. If Winkler hadn’t acquired the franchise’s rights, according to Stallone, “If there had been at least three more Rockys, that would have been fantastic! The worst nonhumans I’ve ever encountered in the film industry are that crew, in my opinion.”

Rocky Balboa was played by Stallone in the 1976 movie, which went on to win three Oscars, including Best Picture. For playing the same role in 2015’s Creed, Stallone received nominations for Best Supporting Actor as well as Best Actor and Best Screenplay.

Stallone admitted to Variety in 2019 that he was denied an ownership part in the Rocky film series. He also said that despite the fact that he tremendously benefited from the Creed and Rocky spinoffs, he never received an annuity that he could leave to his children after his passing.

“I have zero ownership of Rocky,” he said. “Every single word, syllable, and grammatical mistake were all my fault. I was informed, “Hey, you got paid, so what are you complaining about?” but it was stunning that it never happened. I was incensed.”

The action hero claims that his failure to push harder for a stake in Rocky was due to his lack of expertise when he first entered the business, adding that “You don’t want to ruffle the feathers of the golden goose.”