What Distinctions Exist Between Hemp and Marijuana?

Cannabis that has a THC level of 0.3 percent or less by dry weight is referred to as “hemp.”

Why only 0.3 percent? The Species Problem in Cannabis: Science & Semantics, a book published in 1979, first outlined this notion. 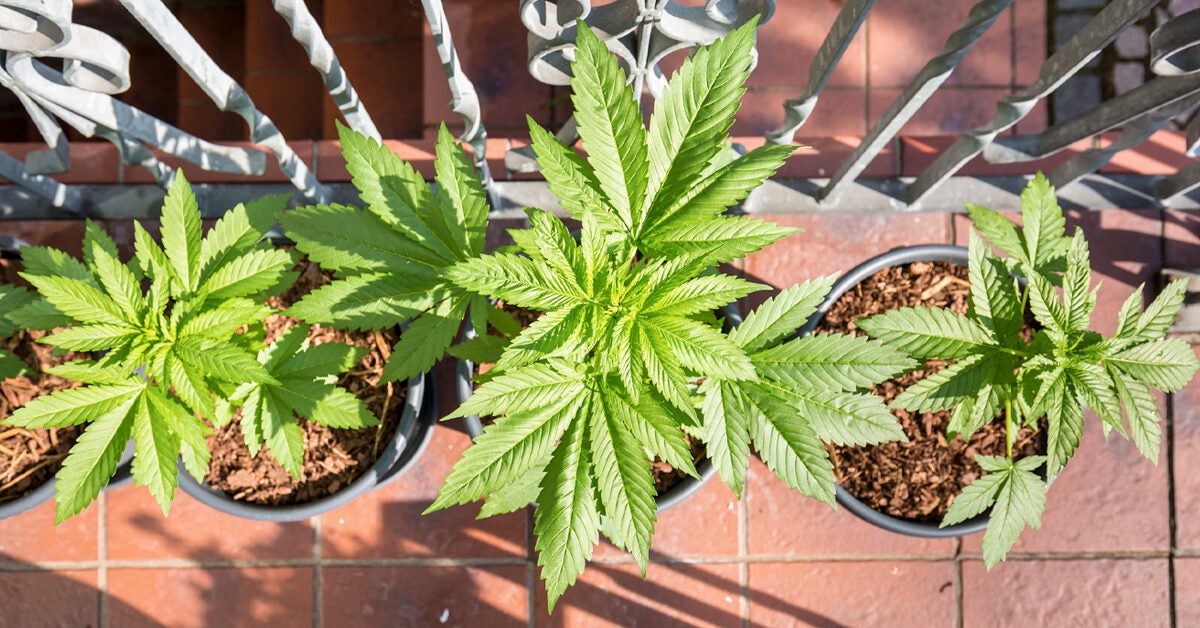 Ernest Small, the author of the book, discusses how there is no real taxonomical difference between hemp and cannabis, making it challenging to distinguish between the two.

Small suggested the 0.3 percent rule as a potential fix, while he admitted that it’s an arbitrary amount.

The Agricultural Act of 2018 and other laws in the United States used this number to define hemp legally.

It’s doubtful that hemp will make you feel high because of the low THC content.

READ MORE: What Are Terpenes and How Do They Work? – Cannabis 101

Typically, when people use the word “marijuana,” they refer to intoxicating cannabis. The phrase is used interchangeably with the word “weed” and several other words. Cannabis with a THC content of more than 0.3 percent by dry weight is considered “marijuana” in legal terms. Cannabis plants can differ in their THC concentration. Certain strains are bred to have more THC than others.

Cannabis plants can be classified as Cannabis hybrids, Cannabis sativas, or Cannabis indicas. Though science has not yet been able to confirm it, each of these has unique alleged properties and consequences.

Cannabis and hemp can grow in similar ways. Cannabis sativa cultivars used to make hemp and marijuana both have thin leaves and a tendency to grow quite tall. Cannabis indica-derived strains of marijuana often have thicker, shorter, and bushier leaves.

The resin created by female flower buds accounts for the majority of the variance in growth patterns between hemp and marijuana. Cannabis strains typically have resin that is significantly thicker and stickier than hemp. The majority of the CBD, THC and other cannabinoids are synthesized in this resin.

Live resin extracts are the cannabis of the future.

The primary distinction between hemp and marijuana is in their chemical make-up. 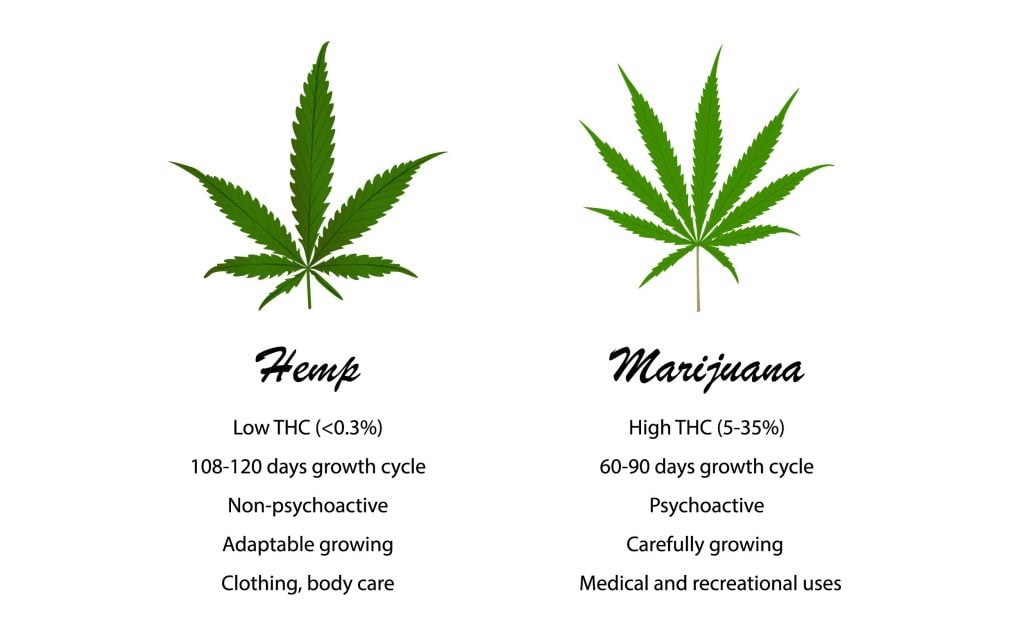 As previously stated, hemp strains are only categorized as such if their dried weight THC content is less than 0.3 percent. Anything above this level is regarded as marijuana.

There are about 80 additional cannabinoids in the plant, and they can all differ greatly.

While some hemp contains virtually solely CBD, others include large levels of additional cannabinoids including CBC or CBG (cannabigerol).

3. Hemp vs. Marijuana: Which Is Legal?

Cannabis and hemp fall under quite different legal categories.

In general, hemp is allowed to cultivate and possess, whereas marijuana is outlawed, though this can vary greatly depending on where in the world you are.

Again, this is a result of hemp’s lack of psychoactivity compared to marijuana’s psychoactive effects. Up until recently, the federal government of the United States strictly restricted hemp farming. A farmer had to submit an application and was subject to various levels of inspection, supervision, and taxation in order to cultivate the plant.

The 2018 Farm Bill was passed, and hemp farming is now legal everywhere. Now, as long as the plant a farmer chooses to grow yields less than 0.3 percent THC by weight, growing hemp on their property is completely lawful. There is no need for further applications or official inspections.

Additionally, hemp makes it simpler for producers to create CBD products without having to navigate a maze of regulations. Hemp extracts are now regarded as dietary supplements because hemp is now categorized in the same way as vegetables.

To avoid needing to enroll in a medical marijuana program, you can now purchase CBD products made from hemp plants.

Worldwide, these laws are relatively comparable.

The blossom shape of hemp and marijuana are comparable. They can be smoked, added to a vape, or used to create homemade goods. 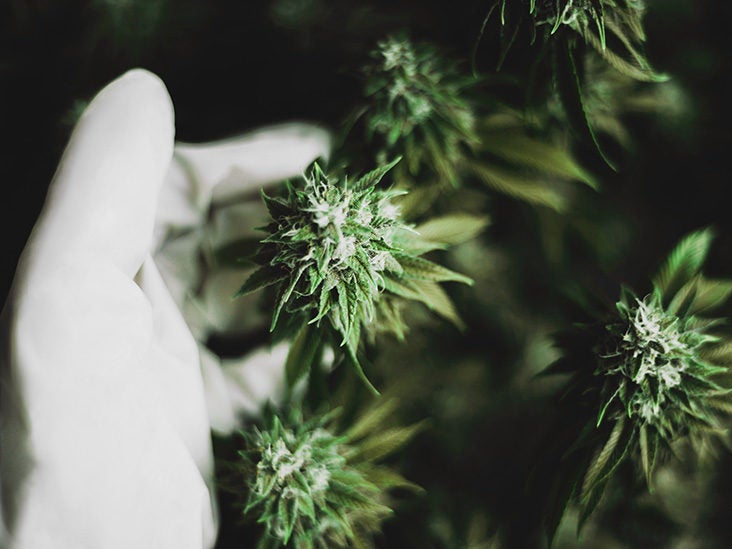 Every strain has a completely unique flavor and set of effects, and the variety of strains is updated every few months as fresh harvests become available. As growers create fresh and intriguing new genetic strains, the market is constantly shifting and evolving.

Here are a few of the greatest American vendors of hemp flower.

Previous articleWhat Are Terpenes and How Do They Work? – Cannabis 101
Next articleWhat Is the Reason Jennifer Garner and Ben Affleck to Get Divorced?