For more than two decades, has been one of the video game industry’s most successful and widely recognized brands. It offers its audience an infinite number of playable characters, scenarios, and games.

Did you know that dedicated fans have recreated some of gaming’s all-time favorites? These games continue the spirit of the main Pokémon series while venturing down roads not before traveled by the series’ creators.

However, that’s not the only thing avid gamers do with their spare time when they’re not catching ’em all. The games of Pokémon have been modified by some really skilled players. I won’t pretend to understand the technicalities involved, but if they’ve hacked the Pokemon ROMs, you can bet I’ll be using them.

Here, we’ll examine some of the finest Pokémon ROM hacks and games made by fans.

Prepare your Pokeballs; we’re going on a Pokemon-catching rampage.

You should check out Mega Power if you enjoyed the video game Pokémon Emerald. In this hacked version of the Pokémon video game, the protagonists set out to create the ultimate Pokémon by testing countless variations.

However, there is a high price tag attached to all of this experimenting. When your money is running low, a mystery stranger appears and takes you on an exciting new journey. Is it possible that, rather than seeking enlightenment, your admirer is actually interested in getting their hands on your most powerful Pokémon creations? To learn more, you’ll have to dive into the game yourself.

There are more Pokémon to catch and more places to explore in Pokémon Mega Power’s three new zones. It includes not only Mega Evolutions but also Generations 4-6-7.

Inspired by the success of Pokémon Ruby, Pokémon Light Platinum expands on that game by letting you travel to the Zhery Region and compete against all-new foes. The region’s fantastic Gym Leaders, Elite Four, and champions are all there for you to challenge. Pokemon from Kanto, Johto, Hoenn, and Sinnoh are all available for capture and training.

Explore the game’s many cool abilities and equipment to maximize your gaming experience. Events like the Pokémon World Championship are open for participation. This game expands upon the already fantastic Pokémon formula with almost twenty hours of content.

READ MORE: Here Are Four Lessons We Can Take Away from Solana’s Public Humiliation at The Hands of The Slope Hackers

Pokemon Flora Sky is another wonderful addition to the world that we owe to the dedicated fans of Pokémon Emerald who produce ROM hacks. Over 360 Pokemon can be captured in this all-new adventure alongside animated sprites and the potential for brand-new moves and equipment. 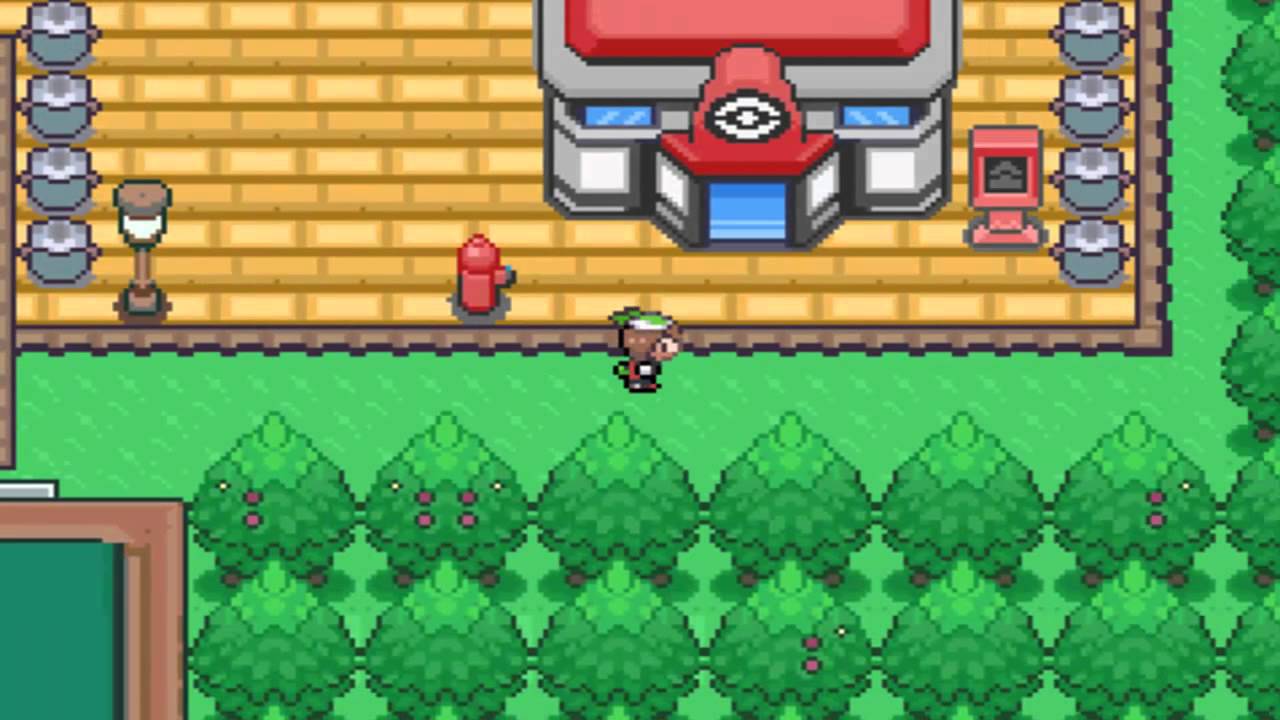 While Pokémon Flora Sky certainly has its flaws, Nintendo clearly found enough to like about it to steal for future games. Pokémon Flora Sky’s leveling system is cutting edge because it eliminates the need to grind. This means you get to embark on a treasure quest in order to finish the story and unlock new locations.

Players acquainted with Pokémon Emerald will be glad to see that the ROM hack makes Rotom considerably easier to capture, while Ralts proves to be rather more difficult to capture. This is actually the opposite of how Pokémon were captured in the first game.

Another Pokémon Emerald ROM hack, Pokémon Blazed Glazed is based on an earlier version of Pokémon Glazed (another ROM hack).

As soon as your characters reach adulthood, you get to choose a Pokémon to accompany them on their next adventure. To move the plot along, you’ll soon discover that everything is in disarray and that you must become the savior of not just the actual world but also the Pokémon world. 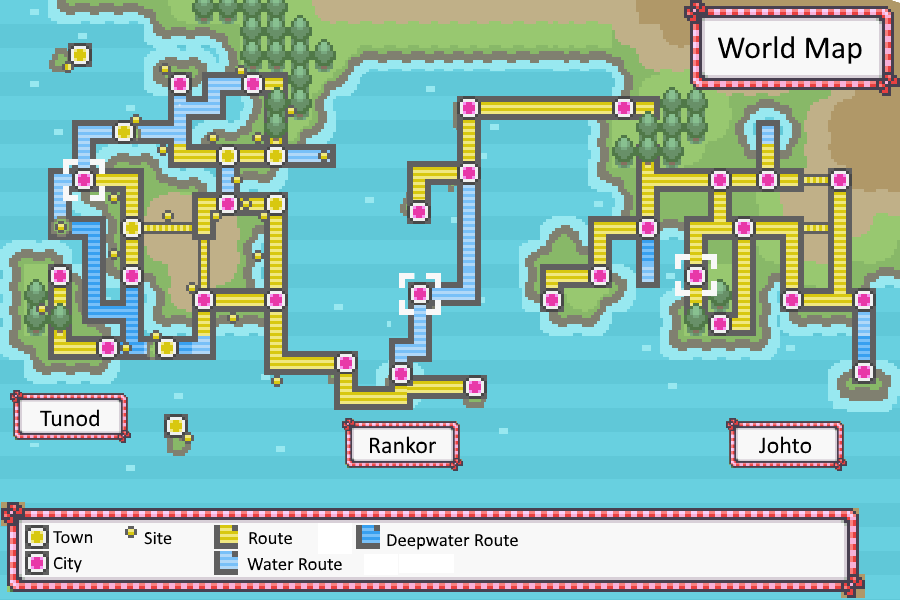 You’ll have to deal with Pikachu throughout the game since, shockingly, they’re after you for retribution.

If you enjoyed the last Pokémon ROM hack, Pokémon Blazed Glazed will be a huge step up. One of the most notable is that you can pick five different starters, travel to different places, and interact with Pokémon from the Dream World. Additionally, Pokémon from Generations 4 through 6 were included, as were new moves and adjustments to where Pokémon would spawn.

READ MORE: Here Are Eight Tips That Will Help You Run Faster and Enjoy It More!

If you enjoyed the most recent Pokémon ROM hack, you may enjoy the original Pokémon Glazes even more. The Pokémon Blazed Glazed hack is better, but Pokémon Glazed is still a great ROM hack. 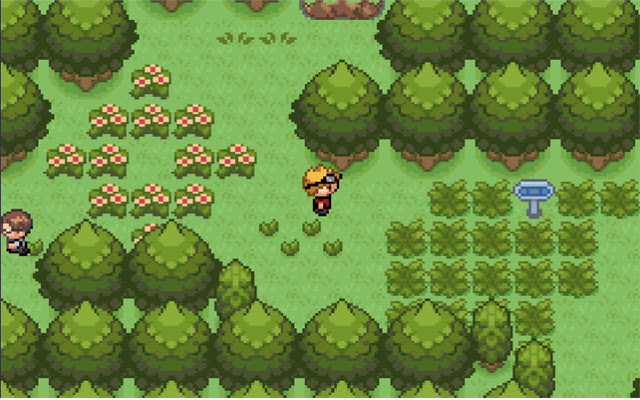 The protagonist is a young boy trying to become a professional Pokémon trainer against the backdrop of a world that is falling apart around him. Thankfully, helping save the globe is a part of his quest as well.

The gameplay is very similar to that of its forerunner. You get to catch Dream World and Legendary Pokémon, select from five different starters, travel to the regions of Tunod, Johto, Rankor, and more.

Fighting other trainers and Gym Leaders in this game is a great way to level up and earn coins. Even though there may be a more recent, improved version, this Pokémon ROM hack is still a lot of fun.

It’s no surprise that ROM hacks are frequently made from Pokémon Emerald, one of the most played games in the series. Like many of these modifications, Pokémon Theta Emerald EX enhances a fan favorite. 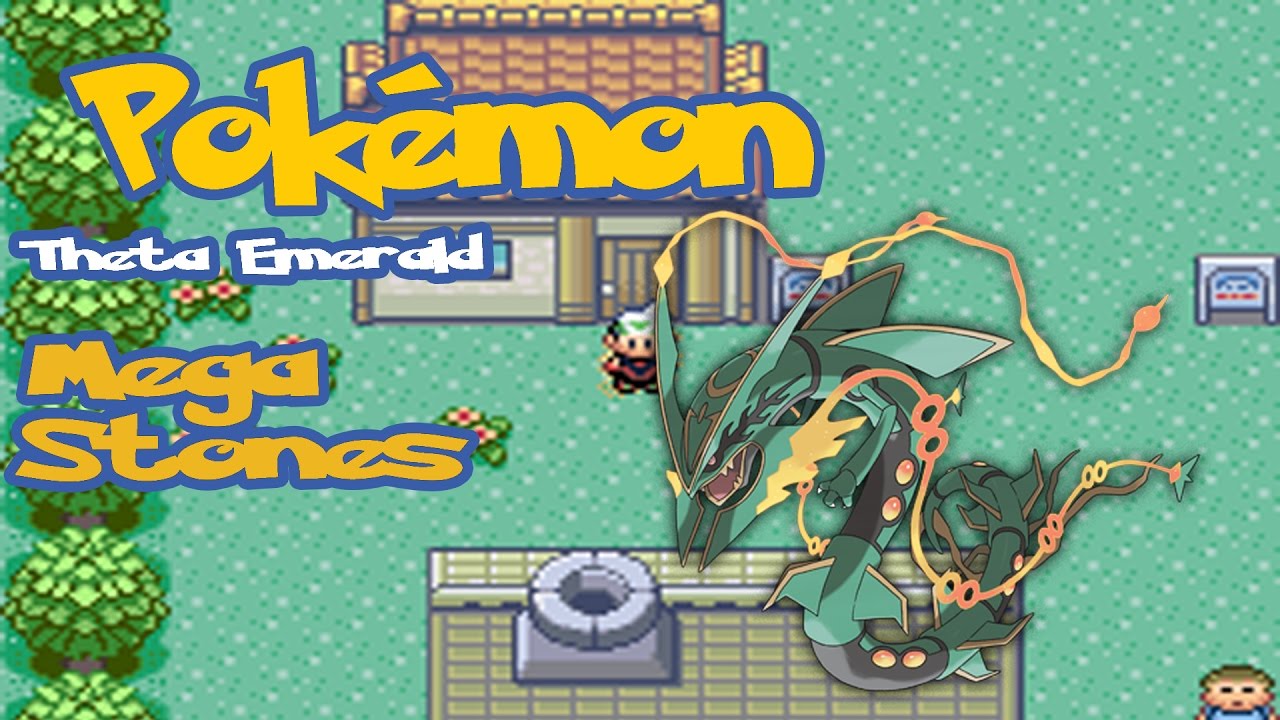 There are now more over 700 Pokémon to capture, up from 600 in earlier games. This comprises updated Primal Revisions in addition to new abilities, TMs, HMs, and Mega Evolutions. With the new Repel system in place, you can even encounter new Fairy types.

You can even sprint through the inside of buildings, which is both a lot of fun and merely visually pleasing.

For Pokémon fans, the long wait is over; Pokémon Mega Emerald X and Y Edition are now available. While this Pokémon ROM hack does go the expected adventure game path, it does so with a few welcome tweaks. 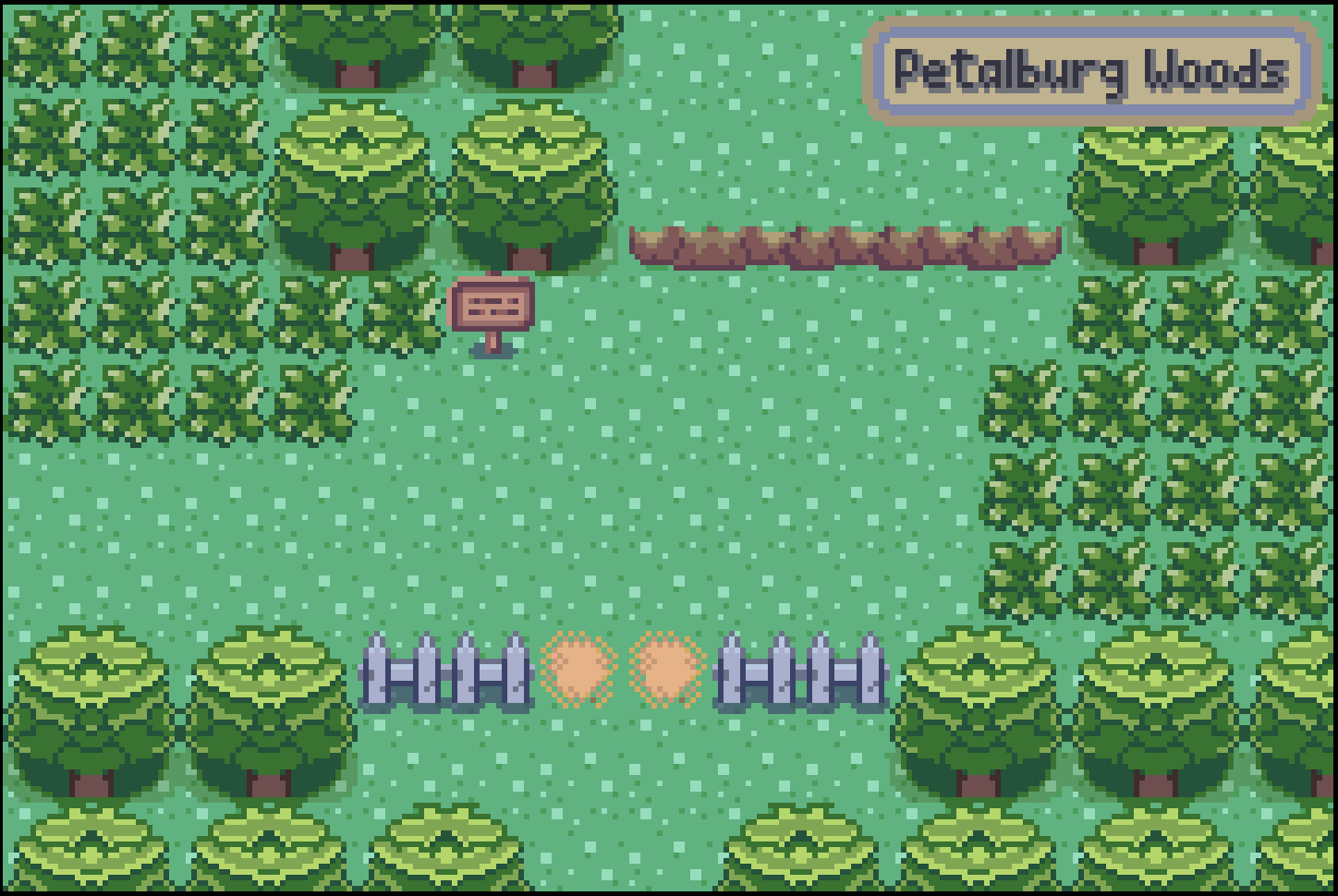 The gameplay is quite similar to that of Pokémon Emerald, but the new Pokémon have been included with their sprites edited in! In addition, Pokémon Mega Emerald X and Y are proud to have Pokémon from Generations I through VI, albeit not all of them. A great bonus is that you can track down every single Legendary Pokémon.

If you want to sink a lot of time into an Emerald spinoff, this is the one to get!

Most players of Pokémon Dark Rising are still traumatized by the game, and chances are you are one of them. You needn’t worry; Pokémon Liquid Crystal is here to help heal your wounds. The game aesthetic is cheerful and laid-back, perfect for a day of gaming. 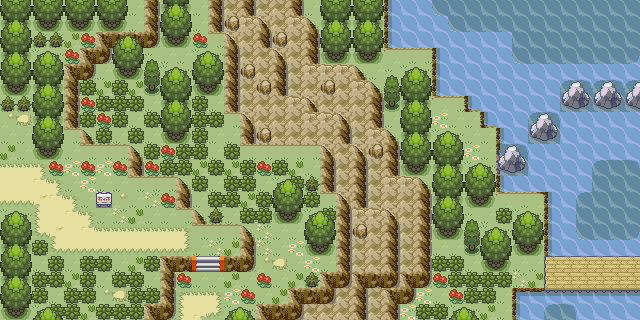 You can experience the thrill of exploration once more in the Kanto and Johto areas.

There isn’t a ton of new content in the game, but it is meant to make up to fans who were upset that they lost their Pokémon when the series moved from Gameboy Advance to Nintendo DS.

In Pokémon Gaia, a ROM hack based on Pokémon FireRed has given rise to a plot that is much more involved than the one seen in the original game. Thousands of years ago, the higher sections of the old civilisation were destroyed by an earthquake, and now it is your job to ensure that this doesn’t happen again. 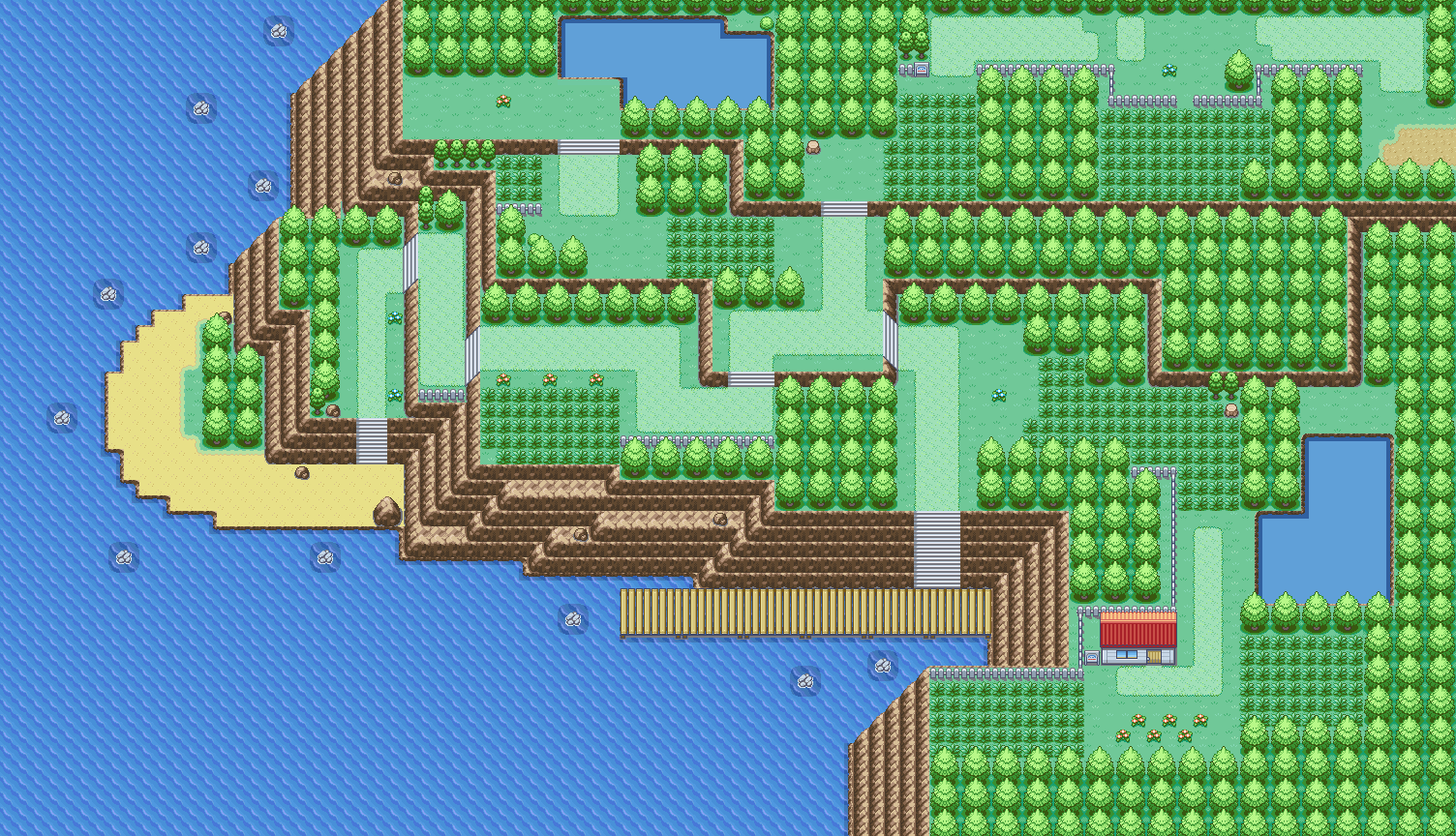 You’ll have to race through Kanto, Johto, Sinnoh, Unova, and Kalos to complete the mission Professor Redwood has given you and save the Region of Orbetus. New gameplay features include Mega Evolutions, Fairy-types, and the ability to visit underwater regions.

This ROM hack is so well done that it plays like an official offshoot of the main game.

Pokémon Ultra Shiny Gold Sigma is based on the original Pokémon Gold, Silver, and Crystal games, while this ROM hack is based on Pokémon FireRed. However, the game’s new and fascinating plot themes and components make it well worth your time. 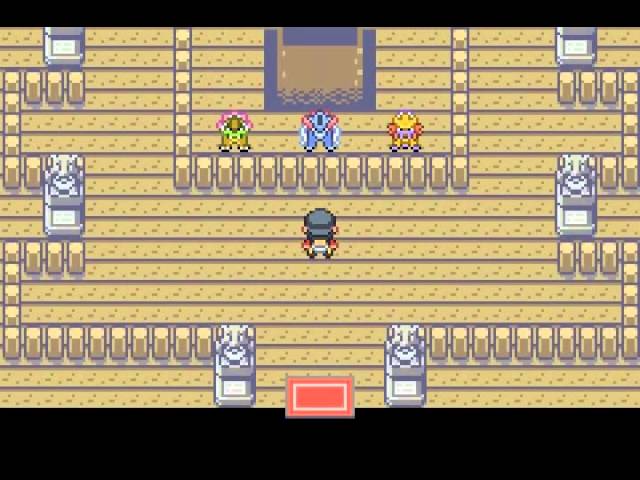 From the get-go, you’ll have access to a library of more than 800 Pokémon, spanning Generations I through VII. You can also take advantage of other interesting developments in trade, such as the Mega Evolutions and Miracle Exchange. In order to save time and effort during trades, EVs and IVs are displayed in the menu.