After 18 months of legal back and forth, rapper and producer Dr. Dre has finalized his divorce from Nicole Young with a $100 million settlement, sources familiar with the situation told NBC News on Wednesday.

Dr. Dre, whose real name is Andre Romelle Young, was married to Young for nearly 24 years, and the two have two adult children Truice, 24, and Truly, 20. 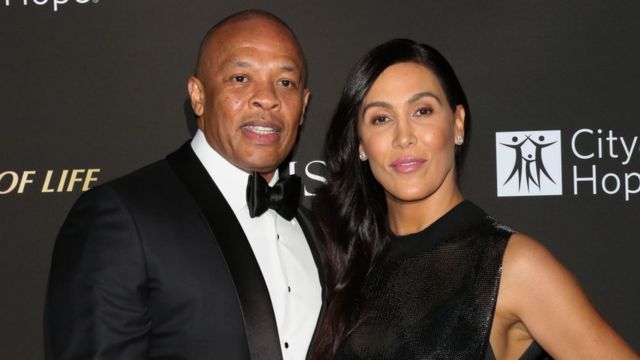 Under the terms of the settlement, Young will get $50 million immediately and the other $50 million in one year, the sources said, adding that she is not eligible for spousal support. Young leaves the marriage with all the jewelry as well as four vehicles: a Rolls Royce, Range Rover, Escalade limousine, and Spyder motorcycle.

Young, 51, is required to move out of their Malibu beach home by the end of the month and must pay for her own legal fees under the agreement, the sources said.

Dre, 56, who is worth $820 million will keep the lion’s share of his wealth including his master recordings, trademarks, and interests in various partnerships and trusts, according to the sources. He will also retain all Apple stocks, which includes proceeds from his sale of Beats by Dre, which was bought by Apple in 2014 for $3 billion.

What are the Main Reasons Behind Their Divorce?

According to Rolling Stone, Dr. Dre was “delighted” that his ex-wife would only receive a fifth of his liquid assets and believed she should have negotiated for more money earlier.

When the pair was married in 1996, Young signed a prenuptial agreement, which she protested, claiming she was forced to do so.

MUST BE READ: Zooey Deschanel and Jacob Pechenik Finally Divorced Nine Months After Announcing Their Separation.

Young initially requested a divorce in 2020, claiming that she had developed “post-traumatic stress syndrome” as a result of the violence. Young claimed in court records that Dre “punched me in the head/face” and “had a gun to my head” twice in 1999 and 2000.

Additionally, according to Rolling Stone, Young must vacate the former couple’s Malibu beachfront home by the end of December. The Rolls Royce, Range Rover, Escalade limousine, and Spyder motorcycle are among the four vehicles she will retain, along with her jewelry.

According to TMZ, Dr. Dre will keep six cars and seven houses throughout the divorce. Along with his shares in Apple, which owns his Beats Electronics business, he will also have full ownership of his master recordings.