What Is Doodle Army 2? Mini Militia? How to Its Download? Here Check All Key Features!

What Is Doodle Army2 Mini Militia?

This 2D fun cartoon-themed hybrid between Soldat and Halo, which was inspired by the original stickman shooter Doodle Army, lets you battle with up to 6 other players online.

MUST BE READ:Omegle: What Is It? What Parents Must Understand?

Mini Militia is a fast-paced multiplayer 2D shooting game that was inspired by Doodle Army. It supports up to six players online at once or twelve players over a local network. 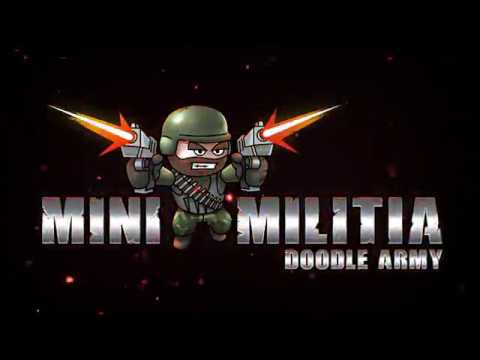 Each of the scenes where the gameplay takes place has plenty of room for movement. Although there are twenty various situations, the visuals can become a little boring after a time. To unlock more, you must move through the scenes.

MUST BE READ: What Is the VidMate? HD Video Downloader

Mini Militia’s user-friendly controls and approachable art style make it suitable for casual gamers, despite the occasionally frantic gameplay. It should be mentioned that many players have complained about other players using hacks to cheat, something the game appears to do little to stop.

The game’s servers, which are necessary to play because it is a multiplayer-only game, are also prone to network problems, which results in users occasionally being unable to access the game.

MUST BE READ: How to Examine Any Website’s Elements and Make Temporary Changes?

The game’s technical flaws, such as connectivity problems, can occasionally be frustrating, but once you get through them, it’s a fun experience.

There are similar games, such as PUBG Mobile and Brawlhalla, but in terms of aesthetics, Mini Militia provides a quite fresh take on the genre thanks to its 2D gameplay and cartoon appearance. If you find this interesting, downloading it is definitely worthwhile.