Animated Version of Buddy Daddies Will Air in January 2023. Everyone Wants to Its Releasing Date

Exactly What Is Buddy Daddies?

P. A. WORKS created the original anime series Buddy Daddies. The storyline seems interesting and familiar, but there’s no information on how many episodes it’ll be or whether it’ll only be a single season.

Kazuki Kurusu and Rei Suwa, two assassins, are roommates and coworkers, yet they couldn’t be more unlike. Kazuki is a responsible 28-year-old who enjoys gaming and ladies.

He’s an excellent chef and cleaner and he gives Rei a hard time about his way of life. Kazuki’s main responsibilities include negotiating contracts, investigating opportunities, and organizing his work schedule.

While his communication abilities are strong, it is unknown whether or not Rei always pays attention to him. Rei has never been in love and doesn’t express himself much; he is 25 years old.

READ MORE: Will There Be a Second Season of the Tomodachi Game? Everyone Wants to Know its Trailer, Casting, Plot & Much More!

The Cast of Buddy Daddies Has Expanded with The Addition of Kouki Uchiyama.

Kouki Uchiyama, one of the most well-known voice actors in the anime business, will be playing the character of the ruthless assassin Rei Suwa, who never fails to eliminate his prey.

Kouki Uchiyama’s roles as Toge Inumaki in Jujutsu Kaisen, Tomura Shigaraki in My Hero Academia, Izumi Miyamura in Horimiya, and Akira Fudou in Devilman: Crybaby have made him a household name in Japan.

Famous for his roles as Hideyoshi Nagachika in Tokyo Ghoul, Junichirou Tanizaki in Bungou Stray Dogs, and Asahi Shiina in Free!, Toshiyuki Toyonaga will provide his voice to the character of Kazuki Kurusu in Free!

P.A. Works is responsible for the animation of the upcoming Japanese anime TV series Buddy Daddies, which is produced by Aniplex and Nitroplus. 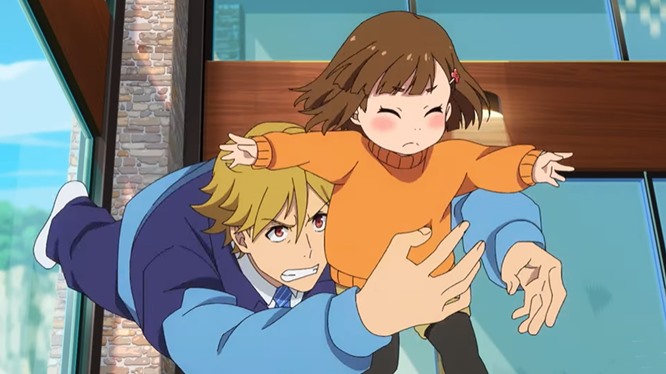 Written and directed by Vio Shimokura of Nitroplus and Yuuko Kakihara, with music composed by Katsutoshi Kitagawa of Round Table, the film is directed by Yoshiyuki Asai.

Souichirou Sako is functioning as chief animation director alongside Sanae Sat, who is also adapting the drawings given by Katsumi Enami. The debut is set during the first month of 2023.

Previous articleEpisode 7 of Chainsaw Man Releasing Date — When to Watch, What to Expect, and More!
Next articleWhat happened to Gary Francis Poste? Possible Zodiac Killer’s Age and Cause of Death!