Who Is Marshmello? The Real Face Behind The Helmet Is Unveiled

What Profession Does Marshmello Have?

When Did Marshmello First Become Popular?

Wavez, the 29-year-debut old’s original single, was released in 2015. Beginning in 2015, he uploaded the song on his SoundCloud profile. Then he put out remixes of tracks by the American DJ duo Jack Ü and the Russian-German DJ Zedd.

He persisted in putting out songs, and eventually, he started catching the eye of other musicians. Initially, Skrillex took note of him and even offered his support by uploading one of his tracks, Find Me, on SoundCloud.

Who Among the Stars Has Marshmello Worked With?

The artist has previously collaborated with a large number of A-listers in the music business. His first studio album, Joytime, was released; it was followed by Joytime 2, which was published in 2018, and Joytime 3, which was released in 2019. With songs like Alone, Keep It Mello, Silence, and others starring Khalid, Marshmello had tremendous success.

How come Marshmello has on a helmet?

This is one of the most contentious issues in the entire planet. Over the past couple of years, there have been several rumors regarding the music producer’s helmet use.

What is his manager’s opinion on him donning a helmet?

Marshmello’s manager Moe Shalizi shared his opinions about the DJ’s decision to wear a helmet during a conversation with Forbes. For us, it was about how to build a brand that everybody can use, relate to, and be a part of, he added.

“How do you build a global character?” Shalizi said, “That was the notion we had in mind with Mello.”

The DJ’s distinctive headgear is rather attractive. It has an upward grin and eyes that are blobby “Xs.” The helmet turns out to be amazing and is fairly unusual. It appears to be outside the box.

Mashmello May Be Another Artist, According to A Popular Notion.

There is a lot stronger idea floating around now that Tiesto, Shawn Mendes, and Will Ferrell have all been eliminated as potential Marshmello impersonators. Chris Comstock, a DJ who goes by the name Dotcom, is the person behind Marshmello, according to Forbes. 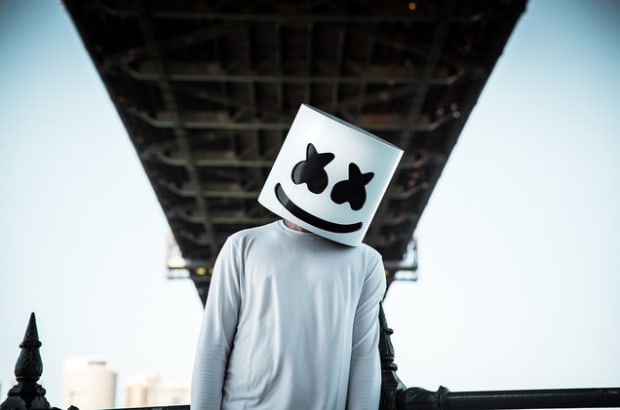 Skrillex’s use of Marshmello’s name as “Chris” and Dotcom and Marshmello’s alleged shared leg tattoo were two of the many pieces of evidence presented by the magazine in November 2017.

They then compared data from the BMI music royalties database, which led them to the conclusion that Comstock and Marshmello are the same individual. When Forbes questioned Marshmello’s attorney and agency about his identity, they chose not to answer, maintaining a little amount of the mystery.

MUST BE READ: Mushoku Tensei Jobless Reincarnation Season 3 Is Coming in 2023!

The Mask of Marshmello Is Self-Explanatory.

In addition to his distinctive mask, Moe Shalizi, Marshmello’s longstanding manager, is another constant in his life. Moe disclosed in the “More Than Music (Artist Spotlight Stories)” short YouTube video that he and Marshmello jointly created the famous mask. He revealed that they came up with a few alternative materials, such as pantyhose and a bandana, to create the mask. They finally settled on using a cut-up yoga mat that was glued together in the rear for the initial design of the mask. Billboard reports that the helmet now weighs eight pounds and costs $55,000.

D Js Have Worn Masks Before, Not only Marshmello.

It’s reasonable to say that Marshmello has been quite popular in recent years, working with artists like Logic, Bastille, and Bollywood composer Pritam through The Statesman.

Each of these collaborations appears to reinforce the DJ in the EDM (electronic dance music) and music business ethos in general.

Of course, his enormous marshmallow-inspired helmet, which is a key component of his distinctive character and serves as both a trademark and a means of identity protection for him against unwarranted popularity.

MUST BE READ: Does Yellowstone Have a True Story Behind It? 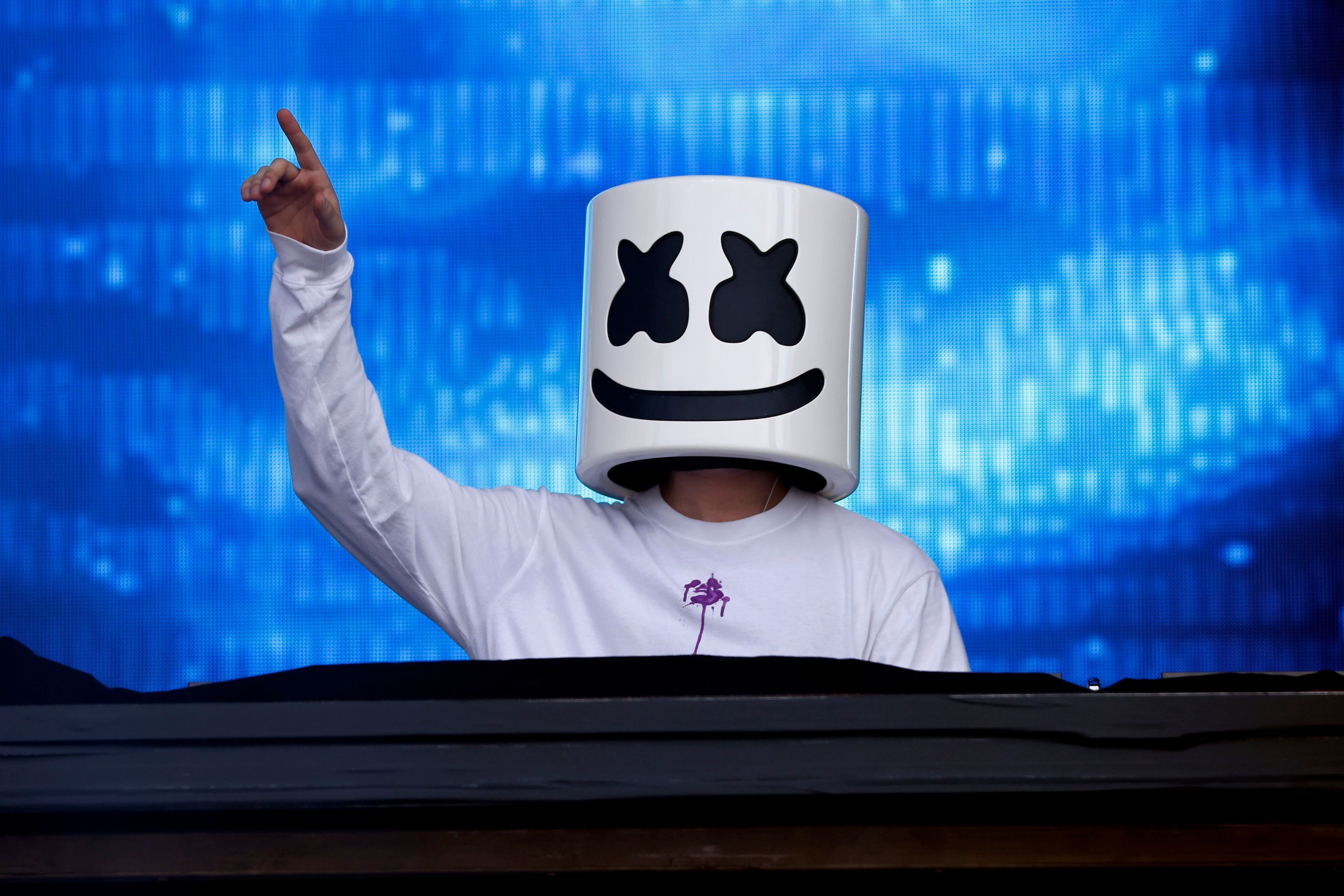 Marshmello, though, isn’t the first DJ in EDM to wear a mask, and he most likely won’t be the last either. As Vice noted, DJs in the mid-’80s used “a variety of anonymized aliases” to conceal their identities, which “distinguished electronic music performers from their counterparts in genres like hip-hop and alternative rock,” making the history of EDM DJs hiding their identities almost as old as the genre itself. DJ Vanessa Daou informed the media “The sense of privacy was crucial. You were against learning that person’s identity. You only wished to experience it.”