James Richard Garoppolo, better known by his moniker “Jimmy G,” was born on November 2, 1991. He plays quarterback for the National Football League’s San Francisco 49ers (NFL). At Eastern Illinois, where he played collegiate football, he set school records for passing yards and touchdowns in a career and took home the Walter Payton Award as a senior.

The New England Patriots selected Garoppolo in the second round of the 2014 NFL Draft, and he served as Brady’s backup for the first four seasons of his career.

Garoppolo played football for the Eastern Illinois Panthers from 2010 to 2013 during his college career. Under the direction of head coach Bob Spoo, he started eight games, completed 1,639 yards and 14 touchdown passes, and was named to the All-Ohio Valley Conference Newcomer Team.

MUST BE READ: Have Power Couple Zayn and Gigi Broken Up? After Six Years of Their Relationship! 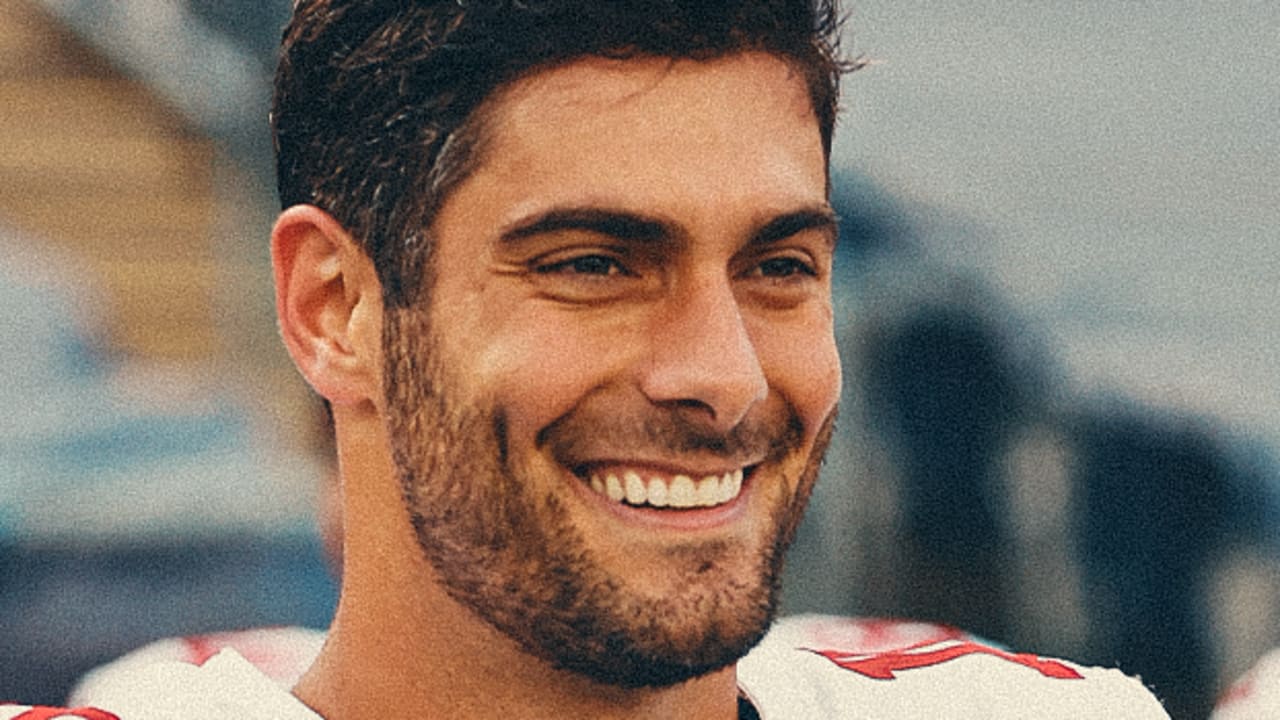 The Walter Payton Award, presented to the best offensive player in the Division I Football Championship Subdivision, was handed to Garoppolo in 2013, as he was playing his senior year in head coach Dino Babers’ fast-paced no-huddle attack.

The 2013 College Football Performance FCS National Quarterback of the Year and the 2013-14 OVC Male Athlete of the Year were further honors bestowed upon him.

The NFC Championship might not require Jimmy Garoppolo’s services. Kyle Shanahan, the head coach of the San Francisco 49ers, says it might happen.

According to Adam Schefter’s report from Shanahan, if the club beats the Dallas Cowboys, the injured quarterback has a “outside chance” of being prepared for the conference final. If San Francisco advances to the Super Bowl, he continued, “there’d be a better possibility” that he will be prepared for the big game. Shanahan had a similar report earlier in January. Shanahan responded when questioned about Garoppolo’s potential late-season comeback “Still, that is the aim. It’s still a ways off because he isn’t running or doing anything similar.”

When Garoppolo injured his foot in a game against the Miami Dolphins in December, he was initially expected to miss the entire season. A few days later, Shanahan stated that there was a “far outside chance” that he might play in the playoffs. The team trusted third-string quarterback Purdy to fill in for injured starter Trey Lance, who had to undergo surgery for a fractured ankle. Purdy hasn’t disappointed them in the least.

Purdy was selected as the final player in the 2022 NFL Draft, but Mr. Irrelevant quickly gained a lot of relevance as he flourished as their starting quarterback and helped the Niners win the No. 2 seed. It was against the Tampa Bay Buccaneers that he made his debut, and he went on to become the first quarterback to defeat Tom Brady in either player’s debut.